COPENHAGEN (AFP) – Danish police said yesterday the suspect in a weekend shooting at a Copenhagen mall that left three dead, including two teenagers, was known to mental health services.

“Our suspect is also known among psychiatric services, beyond that I do not wish to comment,” Copenhagen Police Chief Soren Thomassen told a press conference.

Thomassen added that the victims appeared to have been randomly targetted and there was nothing to indicate it was an act of terror.

“Our assessment is that the victims were random, that it isn’t motivated by gender or something else,” Thomassen said.

The police chief could not yet comment on a motive, but said there seemed to have been preparation ahead of the attack and that he was not aided by anyone else.

“As things stand, it seems he was acting alone,” he said of the 22-year-old suspect.

The three killed have been identified as a Danish teenage girl and boy, both aged 17, and a 47-year-old Russian citizen residing in Denmark.

Another four were injured in the shooting: two Danish women, aged 19 and 40, and two Swedish citizens, a 50-year-old man and a 16-year-old woman.

About 20 more were lightly injured in the panicked evacuation after the shooting. 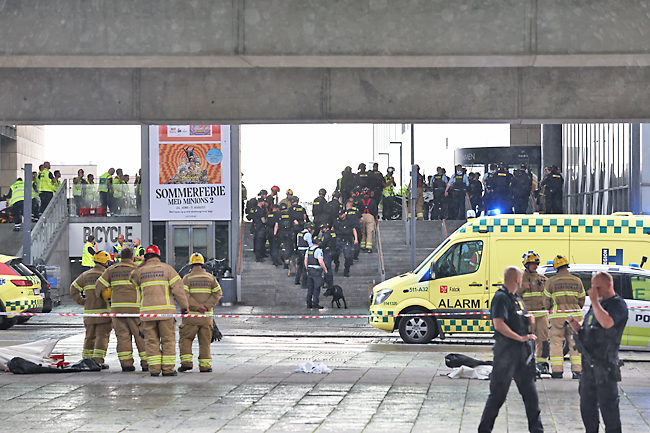