THE JAPAN NEWS – Conveyor-belt sushi chains in Japan are moving to raise prices of their dishes to absorb higher costs.

Fish prices, which have been rising due to growing fish consumption around the world, are being driven up further by the yen’s recent depreciation, while the invasion of Ukraine is casting a shadow over seafood supply chains.

The “JPY100 sushi plate” has been the icon of conveyor-belt sushi chains for decades, but now they are having difficulties keeping that price tag.

Food & Life Companies Ltd, which operates Sushiro, Japan’s leading conveyor-belt sushi chain, will cease to offer sushi plates for JPY100 before tax for the chain at the end of September, after keeping the price unchanged since its 1984 establishment.

From October 1, the lowest price per plate at Sushiro will be JPY120 including tax.

Sushiro relies on imports for most of fish for its sushi, and the weaker yen has increased its procurement costs. 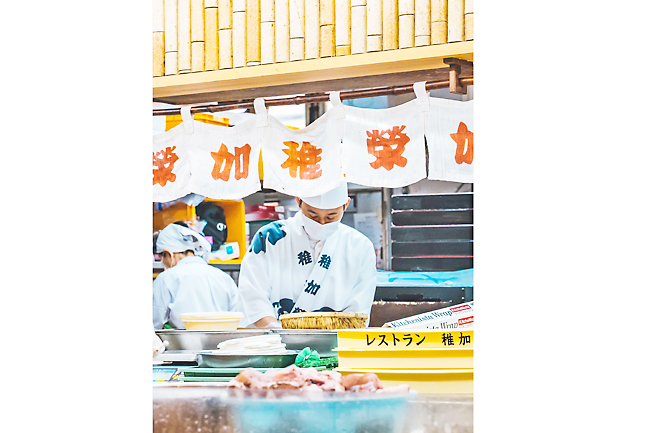 “We will make efforts so that consumers can accept the price hike,” a Food & Life official said.

Genrokuzushi, which claims to have opened the first conveyor-belt sushi restaurant in Japan, also raised prices of some menu items on May 10.

Hamasushi, under the wing of Zensho Holdings Co, will raise the prices of some of its high-end sushi plates to JPY319 from JPY308 including tax on Thursday.

“The appeal of eating out is to experience something extraordinary, so we want to offer memorable enjoyment (to our customers),” a Kura Sushi spokesperson said. The chain aims to secure profits by broadening its customer base, rather than by raising prices.

Another chain, Kappa Sushi, also has no plan to raise prices at the moment.