The ceremony marked the beginning of the clearing of 50 hectares of primary rainforests in the district, including the safe relocation of flora and fauna on the site.

The initial construction will include the preparation of the main road network including street lightings, substations and electrical main stations, telecommunication network and landscaping works.

Managing Partner of Perunding Primareka Ching Chee Ming, who is a consultant for the new campus’ construction, said, “We will closely work together with the government to ensure the success of the project.” 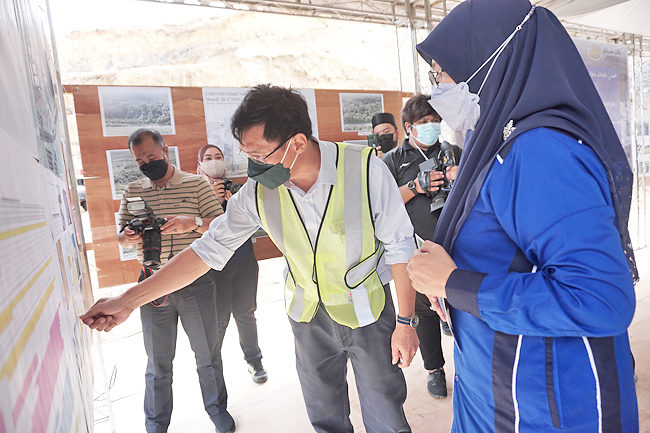 It was shared that the project officially began on May 7 by Thong and Thong Sdn Bhd as the appointed contractor, involving earth and infrastructural works.

With the construction of the new campus, it is hoped that the university will become a genuine Islamic university providing a landmark for Islamic teachings development, and become a hub for Islamic higher learning centre in the region.