The overall level of social cohesion in Southeast Asia stands at 69 per cent, reflected by the percentage of those who saw social cohesion overall as “strong”, according to the recent Southeast Asian Social Cohesion Radar report by the S Rajaratnam School of International Studies (RSIS) of Singapore’s Nanyang Technological University.

The report stated that social cohesion refers to “the state of affairs in which there are stable interactions among members of a society that take place in various domains of human associate life”.

The Social Cohesion Radar saw researchers survey a total of 1,000 thought leaders – 100 from each of the 10 ASEAN member states. It defines thought leaders as which were defined as “individuals who possess domain expertise in academia, the public sector, businesses, civil society and religious organisations where they would be in positions that influence public opinion”.

The survey was the first of its kind to be conducted in Southeast Asia, with previous research conducted in Europe.

Data was collected anonymously via an online 20-minute survey and where an online survey was not possible, a telephone survey was done instead. The questionnaires were made available in nine languages, including English, Bahasa Indonesia, Malay, Thai and Vietnamese. 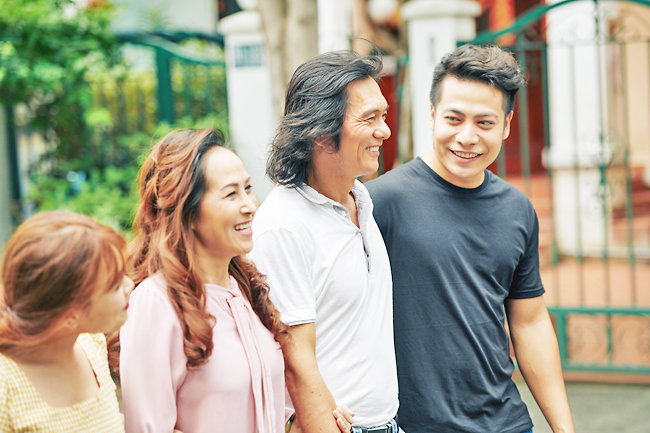 Social relations, which refers to the creation of cohesion through relationships between individuals and societal groups characterised by trust and allow for diversity, played the strongest role in influencing social cohesion in the region.

Singapore ranked high in the study’s three categories of “social relations” (which showed Singapore having a mean score of 97 per cent, “connectedness” (89 per cent) and “focus on the common good” (56 per cent).

“Singaporeans responded positively to all dimensions,” the study further stated, referring to certain areas under the aforementioned categories in which Singaporeans had a relatively high mean score – such as “trust in people”, “acceptance of diversity”, “trust in institutions” (all with a mean score of 4.3) and “civic participation” (4.4).

Connectedness had the second largest effect on social cohesion. It refers to the promotion of cohesion through a positive identification with the country and a high level of confidence in its institutions and perception that social conditions are fair.

Singapore (89 per cent), Thailand (76 per cent) and the Philippines (75 per cent) were ranked highest. Brunei scored 54 per cent.

The majority of the Bruneian thought leaders who responded to the survey were government employees, from business and finance sectors, and educational institutions.

The respondents were generally young.

Delving deeper into their views on social cohesion, a majority of the Bruneians believed that strong social networks and respect for social rules helped to bind their society together. According to their responses, perception of fairness and solidarity and helpfulness had the weakest impact on social cohesion in the country. The mean score of the responses to assess social cohesion in Brunei was 3.6, which was slightly below the regional average of 3.7.

Interestingly, almost twice the number of men attributed social cohesion in Brunei to the common good, compared to women.

In terms of perception towards others in Brunei and the rest of the Southeast Asian region, the Bruneian respondents were of the view that their country’s strength lies in the solidarity and helpfulness dimension.

A majority of the Bruneians ranked Singapore top in terms of the level of social cohesion, and themselves in second place.