THE WASHINGTON POST – Even if you’ve never composted, odds are you know two things: The process turns food scraps into something healthy for your garden, and it can be a little messy. True on both accounts. In many ways, composting is a never-ending chemistry experiment that unfolds in your kitchen or backyard, yet it’s really not much harder than sorting your recyclables.

WHY SHOULD I COMPOST?

Transforming your waste into organic fertiliser has a number of far-reaching benefits. Yes, the finished product is great for your houseplants or garden, but it also cuts methane emissions from food waste in landfills.

Once it’s in the ground, it stores carbon, prevents erosion, improves plants’ ability to fight disease and reduces the need for chemical fertilisers. “Composting is a proven way to address problems like climate disruption,” said Composting for Community director Brenda Platt, whose project of the Institute for Local Self-Reliance. “It’s like magic; of course, it’s not magic – it’s science.”

WHAT CAN I COMPOST?

The list of compostable “greens” and “browns” includes some surprising items, too, such as paper towels, tea bags, coffee filters and shredded newspaper.

Composting is nearly as simple as separating the “greens” and “browns” from your garbage, the same way you’d separate recyclables. But you also have to be careful not to add the wrong things: Meat, bones, dairy, cooked foods, and oils and fats are among the items that should never go into your compost. 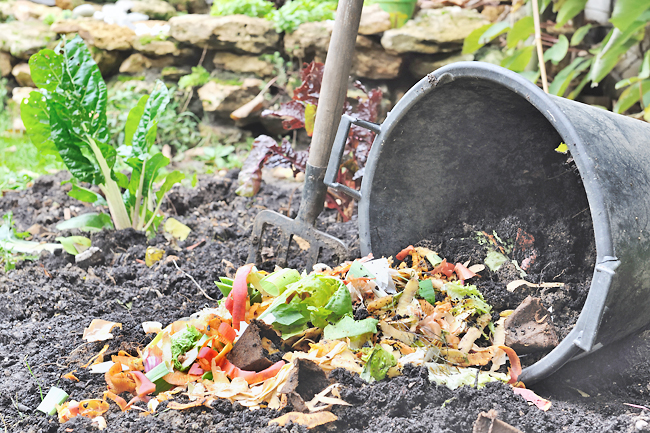 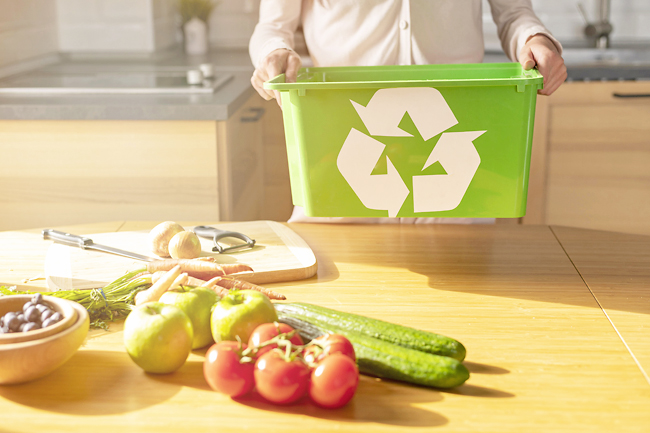 IS THERE CURBSIDE COMPOST PICKUP?

Composting is getting easier in many places, thanks to increased help from local governments: A 2021 study by BioCycle, a longtime publisher on the topic of sustainability, revealed that 10 million Americans live in areas with public curbside pickup or drop-off of food scraps. If your city isn’t included, you can choose from one of three common options requiring varying levels of effort and equipment: Pay a local company to pick up your food scraps and compost them for you; put a composting bin in your kitchen and buy mail-order worms to do the dirty work; or, if you’ve got a backyard, set up a “hot composting” bin and let the microbes have at it. Read on for lessons from people who’ve tried all three.

HOW TO COMPOST WITHOUT A YARD

Not only is composting simpler than you might’ve assumed, it also doesn’t require much space.

As a graduate student living in a DC group house in 2011, Shevaun Lewis discovered composting at a farmers market. That’s where she stumbled on Compost Cab, one of many small companies that will pick up your food scraps for roughly USD25 a month, then compost them for you.

Lewis, now living in an apartment, has since become a compost evangelist. She still uses the pickup service, but she’s also added a worm bin to her repertoire. It looks like a tiny, colourful nightstand with several drawers, and it’s perfect for city dwellers in small spaces.

After meals, you just place any food scraps in the bin, and the worms (who come ensconced in plenty of dirt and paper bedding) eat it, digest it and turn it into nutrient-rich fertiliser.

Lewis purchased her worms and bin from the website Uncle Jim’s Worm Farm. Neighbours might have been alarmed to see a cardboard box labelled “live worms” sitting in the lobby for an afternoon, but the passengers arrived safely. Getting a worm bin, said Lewis, “sounded like fun and the process seemed pretty easy – and for the most part, it is”.

Two or three times a year, she harvests the “black gold” from her bin, typically adding it to her houseplants or giving it to a friend with a garden. By removing the top, she also exposes the worms to light, which gently persuades them to migrate to another level, making it easier to collect their handiwork. Though it’s essentially worm poop, Lewis insists she can’t smell the compost unless her nose is an inch away. Even then, she said it’s “earthy… like the forest floor”.

HOW TO COMPOST IN YOUR YARD

Jill Mayes is a stay-at-home mum who started “hot composting” in New Hampshire, where her backyard was essentially a forest. “The environmental crisis makes me feel bad for my kids’ generation, and composting feels like a bit of salve for my guilty soul,” she said, only half-joking.

Mayes collects food scraps and paper towels in a big ceramic crock on her kitchen counter – roughly two or three parts “browns” to one part “greens” – and occasionally has to remind her husband that Windex-soaked paper towels are a no-no.

“That ceramic jug has made me much more aware of how much food we waste,” she said.

“When you have to handle your food and process it – as opposed to just throwing it in the garbage where it ‘disappears’ – you start to think about all the food you’re buying in the first place.”

Every few days, Mayes heads to her backyard to empty that jug into a big plastic compost tumbler she bought secondhand on Facebook Marketplace. Picture a garbage bin on its side, with two or three internal chambers – one is for adding new food scraps, and the others are closed off for six to eight weeks, so the microbes can break down the scraps without interruption.

The microbes generate heat, hence “hot composting”. Mayes aerates the piles by rotating the tumbler every time she adds more scraps. She also makes sure the pile is as moist as a rung-out sponge, and she keeps an eye on the carbon-nitrogen balance. (If your compost pile is generating odours, it’s a helpful indicator that your ratios are off.)

In the end, the final product typically takes up a third of the space of the original food scraps, and Mayes dumps the contents into her garden. This year, the beneficiaries were tomatoes, cucumbers, zucchini and eggplant, as well as herbs, marigolds and zinnias.

DOES COMPOSTING ATTRACT RATS AND OTHER PESTS?

Although newbie composters often worry about attracting pests like rats and roaches, Mayes said she has never had that problem. If you avoid clutter around your bin, and keep meat and bones out of your compost, you shouldn’t have issues either. Sugar from decomposing food may attract bees which is good for a garden.

HOW TO START COMPOSTING

Find local help. An online search can reveal food-waste pickup and drop-off sites in your city; private composting companies that charge a fee; and help from environmental non-profits.

Take a class. In the Zoom age, online classes are easy to find.

Get the right equipment.

Find a place to put it. If you don’t have your own houseplants or backyard, search “compost exchange” or “community garden” online to find willing takers near you.