They won with their skit named Saloi oh Saloi with the song Malang Pak Saloi and walked away with BND600.

Ala Dinamika from Universiti Brunei Darussalam (UBD) came in second with a skit titled Satu Sen with the song Pat-Pat Si Gulambir and grabbed BND500.

Lantera, also from UBD, came in third place with their skit Tudung Periuk with the song Ambuk di Tunjang to receive BND400.

Permanent Secretary (Community) at the Ministry of Culture, Youth and Sports Hajah Nor Ashikin binti Haji Johari, the guest of honour, presented prizes to the winners.

She said the competition was held in conjunction with the World Children’s Day celebration.

Hajah Nor Ashikin said traditional children’s songs are valuable treasures for a country and every song has an impact on the lives of the community, especially the children. Children’s songs produced a long time ago are not just for entertainment but also have educational value.

The competition was organised by the Malay Language and Literature Bureau with five teams participating. 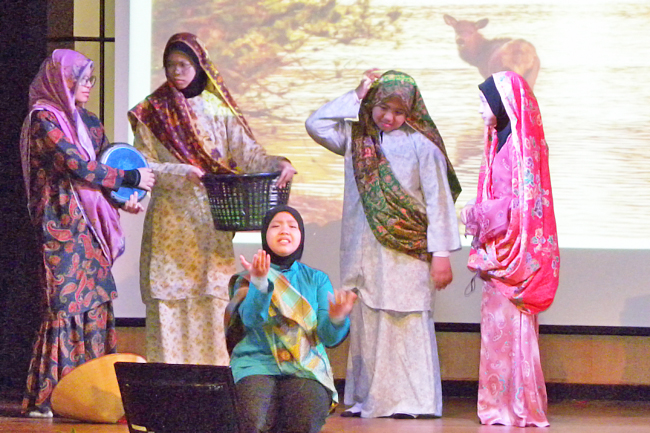