CNA – Forty-eight people were caught inside a faulty train on the Bukit Panjang LRT line for about 45 minutes yesterday.

This is due to a train fault between Keat Hong and South View stations at about 9.05am, said operator SMRT.

SMRT said its staff were on site within five minutes of the disruption to “facilitate service recovery”. “As the faulty train could not be pushed out immediately, our staff was deployed at about 9.40am to assist the commuters… and guide them safely to Keat Hong station,” said SMRT in a Facebook post, adding that priority was given to the elderly and children.

All 48 commuters arrived safely at the station at 9.50am, the company said.

Traction power was turned off and the Singapore Civil Defence Force was put on standby during the detrainment process, said SMRT. There were no reports of commuters needing
medical attention.

SMRT said the incident resulted in an additional train travel time of up to 10 minutes between Choa Chu Kang and Bukit Panjang stations.

The faulty train was withdrawn to the depot for further checks at noon, and regular service resumed five minutes later.

“We apologise to commuters who were affected this morning,” SMRT said. 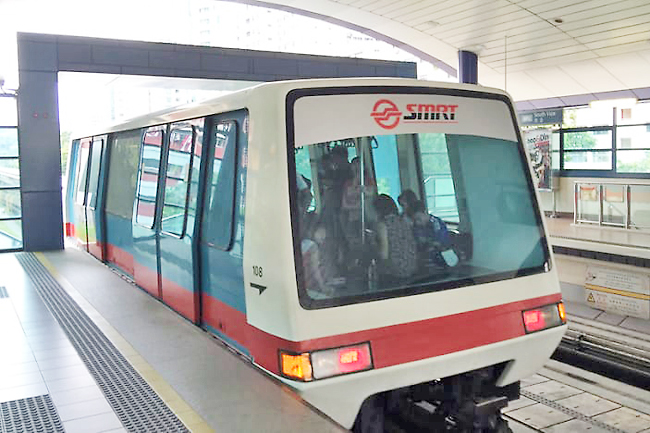