KUALA LUMPUR (BERNAMA) – Malaysian men’s and women’s singles shuttlers Ng Tze Yong and S Kisona are in their final preparations for the 2022 Australian Open in Sydney which begins on Tuesday.

Badminton Association of Malaysia (BAM) singles coaching director Wong Choong Hann believes that from the commitment and determination shown, the two shuttlers will be able to end the 2022 season in style.

However, he admitted that Tze Yong, who is the Birmingham 2022 Commonwealth Games silver medallist, will have his work cut out for him after being drawn against the tournament’s sixth seed from Thailand, Kunlavut Vitidsarn, who is also the silver medallist of the World Championships held in Tokyo, last August.

“All players involved in the Australian Open already have their visas and will be leaving this week. We are now in the final phase of the journey for 2022, and so far, all preparations are at a good level. As we know, Tze Yong has improved, but there are still some shortcomings. There (Australian Open) he will play against Kunlavut, so we have advised him to just do his best, if there is an upset (against a higher ranking opponent) that is a bonus,” he said at the Academy of Badminton Malaysia (ABM) yesterday.

The 45-year-old coach said BAM’s coaching line-up would continue to help the Johor Bahru native, who was on track for bigger success in the future.

Touching on Kisona’s performance, Choong Hann said that there was still much room for improvement, with women’s singles coach James Chua tasked to strengthen the 24-year-old’s playing style.

Choong Hann said after Kisona fell in the quarter-finals of the Indonesian Masters last month, the Negeri Sembilan-born shuttler decided to withdraw from the Hylo Open earlier this month to focus on sharpening her skills and style of play ahead of the Australian Open. 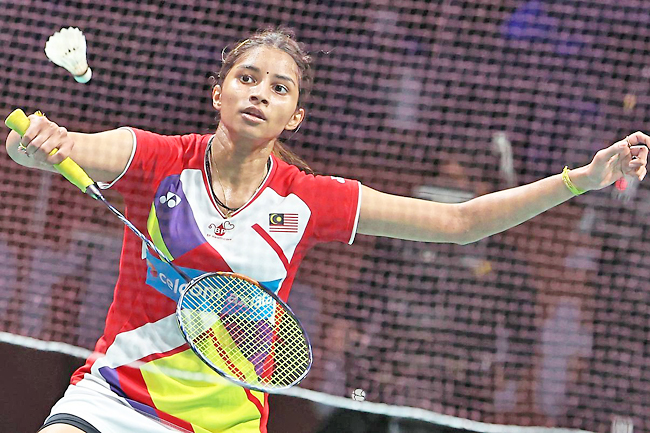