Climate catastrophe and a bit of hope

AP – For those worried about climate change – and, by extension, the planet’s future – 2022 was a mixed bag. Hurricanes and floods plagues many places, and the COP27 meeting in Egypt didn’t end with as much progress as many activists hoped.

Yet discussions about climate reparations began, which represented a step forward for many, and the voice of the Global South increased in many corners of the debate.

The Associated Press (AP) assembled its expanded global climate team in 2022 and stepped up its coverage of climate change.

Here, AP’s new global news director of climate and environment Peter Prengaman, and the team’s video output producer Teresa DeMiguel look back on the year, how they frame coverage and what might lie ahead:

We’ve seen this hurricane hitting Florida and Cuba and so on. So I think it’s been a year where people have been realising how destructive and how catastrophic climate change can be. There were a lot of expectations for COP27. We didn’t get the best or the most ambitious kind of agreement that many climate experts said the world needed. 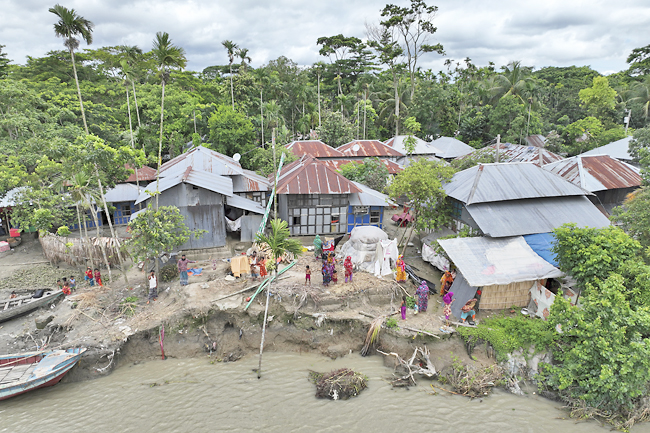 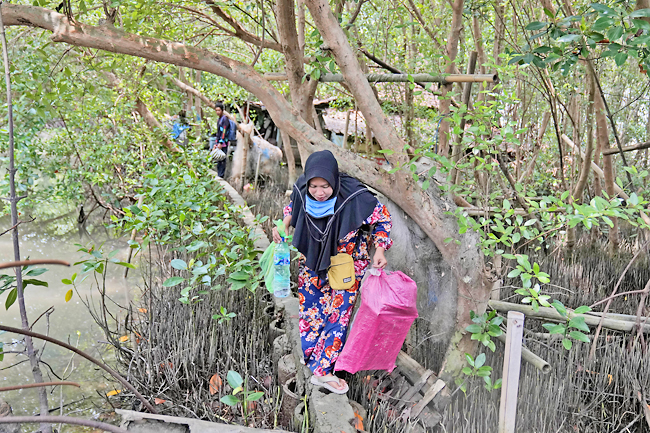 We really wanted to focus on the human side, on the human stories. To show how these very theoretical, very abstract ideas of climate change translate into the impact on human beings.

So we did this climate migration series in Somalia, Indonesia, Philippines, India and many other countries, and we’ve been seeing this pattern of destruction and an impact to local communities and in particular families.

I think that’s very important, from the visual point of view, that you can really translate the bigger issue to a particular family and kind of show it in a very human way, so people really understand the real consequences of climate change.

From the visual point of view, beyond the specific story of the human impact, I also think we really need to zoom out. So you really need those drone shots, or even satellite images to show the larger image of what’s going on – like drone shots of these rivers absolutely dry.

People really pay attention to those very powerful images. It’s very important to kind of zoom out at some point to show the broad perspective of the impact, and sometimes you have to zoom in and show the particular stories of specific people.

I think climate news is hard for a lot of people. It can feel abstract and, at least historically, it has been very scientific. So it’s wonky. How do we how do we get around that? There’s no one way. But I think one really important way is to make sure stories are focussed on people. As humans, we’re innately curious about what other humans are doing.

And so the more that you can focus on people, the more it draws in general readers.

Not every story about climate change even needs to say “climate change”. Those two words turn people off. And so let’s say you’re writing a story about a green energy or some kind of solution, something innovative that a school district is doing – I don’t know, switching their fleet of buses to electric or encouraging people to carpool.

You can talk about drops of emission, and bettering pollution, without even saying climate change. You can try and tell stories that don’t hide the climate piece of it but don’t necessarily make it front and centre.

The world’s gotten better at dealing with climate disasters. So you have fewer people dying, and that’s a good thing. But I no longer think that climate change is just something that people in remote places have to think about or deal with. It’s changing how we live.