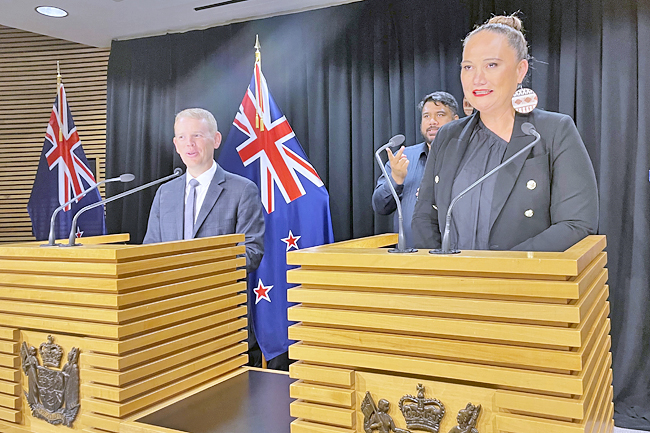 WELLINGTON, NEW ZEALAND (AP) – Chris Hipkins was confirmed on Sunday as New Zealand’s next prime minister and he chose Carmel Sepuloni as his deputy, marking the first time a person with Pacific Island heritage has risen to that rank.

Hipkins got the unanimous support of lawmakers from his Labour Party after he was the only candidate to enter the contest to replace Jacinda Ardern, who shocked the nation on Thursday when she announced she was resigning after more than five years as leader.