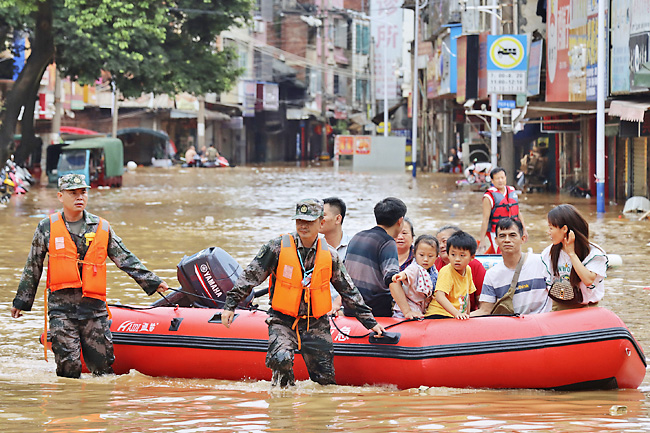 BEIJING (AP) – From the snowcapped peaks of Tibet to the tropical island of Hainan, China is sweltering under the worst heatwave in decades while rainfall hit records in June.

Extreme heat is also battering Japan, and volatile weather is causing trouble for other parts of the world in what scientists say has all the hallmarks of climate change, with even more warming expected this century.

The northeastern provinces of Shandong, Jilin and Liaoning saw precipitation rise to the highest levels ever recorded in June, while the national average 112.1 millimetres was 9.1 per cent high than the same month last year, the China Meteorological Administration said in a report on Tuesday.