Children forced to grow up fast in Ukraine’s frontline towns

UKRAINE (AFP) – Lisa Shtanko, eight, stood on the side of a muddy road watching Ukrainian soldiers pass by, one of only a few children left in a town hit hard by Russia’s invasion.

There was hardly any heating or electricity. Most of her friends were long gone and just that morning a strike had landed outside Lisa’s house.

“Today I’m not in a good mood because of the shelling,” she told AFP as her father, Viktor Shtanko, looked on.

Children living on the frontline of Russia’s invasion of Ukraine have to learn to manage unceasing stress, with experts warning of long-term disorders.

The Shtankos’ hometown, Lyman, endured four months of Russian occupation that left most of it in ruins and turned the surrounding forests into minefields.

Ukrainian forces regained control of Lyman in October but fighting continues nearby.

“There’s nothing scarier than death lurking around you. But she’s fine with her dad.” 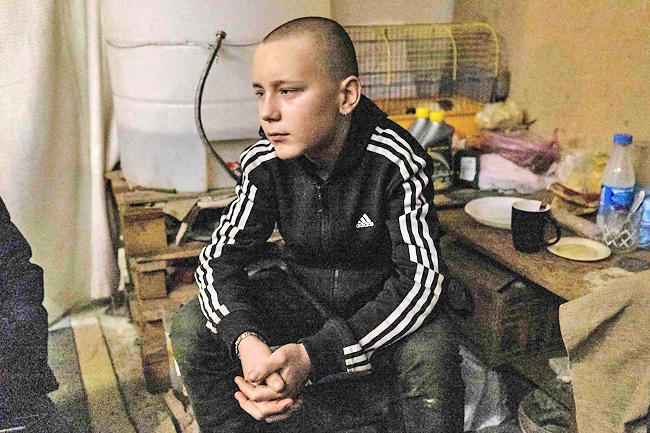 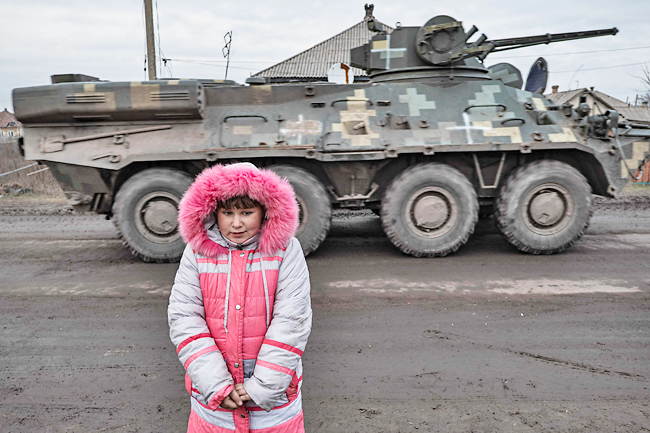 The upcoming holiday on January 7 could provide some distraction from the war but the only toy Viktor will be able to offer will be donated by a humanitarian group.

These hardships have spurred most families with children to leave and many have “no reason to return”, said Kostya Korovkin, father of six-year-old Nastya.

Kostya told AFP he has nowhere to go, meaning Nastya is forced to spend long days in the basement of their building, occasionally wandering out onto streets where only stray dogs roam.

Sometimes she heads up to the building’s sixth floor, the only place where she can get an Internet signal and attend classes online.

In front of the entrance to her building, someone has set up a small festive tree and placed candies on the branches.

“But,” Kostya said, “there are no children left to pick them”.

While Lyman no longer sees active fighting, other towns in the eastern Donetsk region still have the war on their doorstep.

Bakhmut, where President Volodymyr Zelenskyy paid a daring surprise visit last week, has been pounded by a months-long Russian assault that shows no sign of letting up.

At the back of one basement where 20 people have been sheltering for eight months, 14-year-old Gleb Petrov greets visitors with a firm handshake and a serious look on his face.

He is the only minor living in the basement where he spends his days sleeping late, caring for the elderly and watching over a black kitten that has also taken up residence there.

Sometimes he draws, tries to read books meant for adults or when there is electricity, plays on his phone.

“I don’t think about the future,” he told AFP. “I don’t even know what will happen in an hour, or in a day from now.”

As the sound of explosions reverberated outside, Gleb said he had learnt to recognise the difference between incoming and outgoing fire.

Asked about his biggest dream, he said he simply wanted “to go for a walk with a friend.”

Dozens if not hundreds of children remain in Bakhmut, their parents unable or unwilling to leave.