AP – It was all the way back in January that Elon Musk, one of the world’s richest men, started buying shares of Twitter, which wouldn’t be that weird on its own.

But that’s when we started paying attention that something might be happening.

So it wasn’t just a business story or a mergers and acquisitions story. It symbolises so much of what’s going on in tech, and online speech, and also in the economy and who has power in this world. I couldn’t look away.

By the end of the summer, things were changing almost daily. We had to cover it as a news story, but at the same time, we were covering this thing on Twitter.

Journalists have a very special relationship with Twitter, for better and for worse.

We communicate on it. We see what other people are up to. We look for sources. It’s huge. 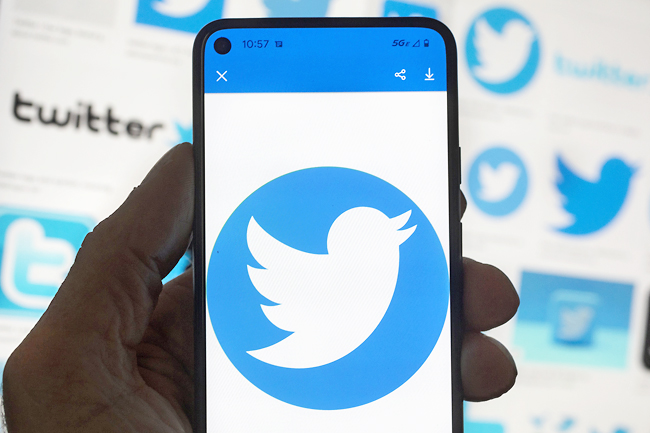 So sometimes it felt like a little bit like the rug was being pulled out from under us.

There’s a lot of chaos. There’s a lot of noise. It’s very easy to fall into just covering the loudest voices or the biggest storyline. So we made a decision pretty early on to focus on the people who use Twitter. And I think that that resulted in a lot of interesting stories.

For us, it was important to take a step back so that we didn’t just become his megaphone – like “Musk did this”, “Musk said that”, because also he was changing his mind so quickly.

He would say one thing one day, and then turn around and say something the opposite the next day. So you have to put it in context.

And we can also cover it in a way like: Who is affected by the rise of extremism on Twitter? What does that do to people? How does that actually silence speech?

One thing that’s important to understand is that Twitter is not just in the United States (US). The majority of its users are not even in the US.

So right now, a lot of the chatter about Twitter is very much focussed on US politics and the US differences between the left and right.

And 80 per cent of Twitter users are outside of the US. I’m willing to go out on a limb that they do not care about, or know about, Hunter Biden’s laptop or conservative speech suppression.

So even though the loudest voices on Twitter that we can see have been focussed on this story, for us it’s important to take a step back and understand that most of most of the people who use Twitter, you know, are not us.

And they don’t care about the same things that we do. And yet Twitter is really important to them, probably maybe even more important than it is to us.

We’ve all spent so much time ragging on Twitter and not really liking Twitter. I remember the night that that Elon Musk laid off half of Twitter, and people started quitting or looking for other platforms to go to – places like Mastodon, which is another social media platform.

I started losing followers, people who left. I didn’t realise until then how much Twitter actually mattered to me. And I think that might be true for other people on the platform, too.

It has been, it still is, a community – many communities tied together. And despite a lot of other social media sites popping up right now, there’s really nothing else quite like it. I think Elon Musk realised that when he decided to buy it. I will tell you what I think is special about it: the people on it. And a huge part of that is just the diversity of countries and people and regions. And anything that’s coming up right now to replace it is way more siloed. If this goes, I’m not sure if if anything will replace it in the same way.