Charity can be good for your financial soul

Charity should begin at home, as the old saying goes. Charity can take on many forms. From simply pulling out BND1 from your wallet and giving it away to someone in need, to spending your life dedicated to a cause that you absolutely believe in. Through the many forms of charity however, the underlying concept of giving freely to those in need remains true.

Being charitable can be good for your financial soul. One of the many clichés that come to mind is ‘sharing is caring’. At home and in our community, we have been taught to share our possessions with our siblings (like toys) and also to donate out of religious well-being.

BEING CHARITABLE AS AN INDIVIDUAL

Sometimes being charitable does not even require one to give money if money in question is short. One can also donate time. For example spending time teaching children at a centre on how to use a computer or how to bake, sew, etc. This is called volunteering. Time, being precious, can be one of the hardest things to donate above everything else.

You can donate second hand items that are still in decent condition to less advantaged families such as clothes, toys, books or furniture and these will go further in the long run to help families in need. Interested donors can start by seeking out such families through the local welfare department which may have a list of families in the community requiring such assistance.

You can even keep your scrap metals to give to scavengers who collect such scrap metal to sell for money. And you may see some regular scrap metal hunters in your neigbourhood or daily route which you can give to by asking them to collect the metals from you.

Donating money is usually quite easy. Any amount, large or small, is always welcome. With a number of non-profit organisations in the country, it’s not hard to pick a charitable foundation to donate to. Depending on your preferences, you could also identify a cause that is close to your heart to donate to instead. Ranging from special needs causes, cancer, animal shelters and even environmental, there are many causes for individuals to identify with. 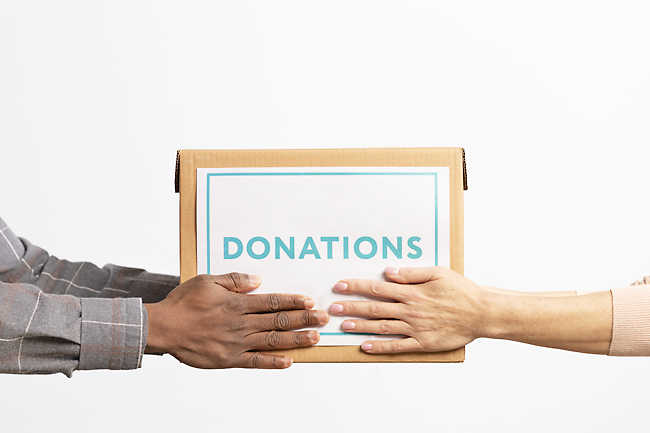 BEING CHARITABLE AS A COMPANY OR ORGANISATION

Sustainability is the capacity to endure. Although the definition is very broad, in general, one can relate to it in terms of environment and the economy. Why would it be in any organisation’s interest to contribute towards the sustainability of the environment or the economy for that matter?

To put it in an example that may be easy to relate to, imagine that you are stuck on a very small island, like the unfortunate character of Tom Hanks in the movie Cast Away. On this island you have coconut trees, fish to catch and other resources. As time goes by you realise that your demands for these resources are higher than what the resources can replenish, for example, coconuts running out faster than they can grow. The dilemma here is that the sustainability of these resources have not been looked into, hence the situation is not sustainable. You can relate to this scenario in the environmental sense.

Economic sustainability can also cover a wide range of factors such as fair selling and wages, giving back to the community and more. In any country, the economic system is mostly dependant on the population and its ability to contribute in terms of spending power and workforce as well as what the country can produce. If a majority of the population does not have enough spending power, retail businesses may have challenges. And that’s only one small facet of the many other factors that come in to play.

By giving back to the community and helping to bring up the standard of living for less advantaged communities, organisations are playing their part in sustainability which in turn would benefit them in the long run. One would see this as a cycle of giving and receiving, a concept as old as time.

For organisations, many opportunities to give back are available, and even more so as employee resources and accounting principles of goodwill can be applied. For example, Standard Chartered Bank encourages all its employees to do voluntary work, thereby leveraging on their employees’ skill sets and also giving time to do good work outside the bank. Many international companies leverage on its popular products and donates partial sales proceeds towards charity. Organisations can also conduct mass donation collections from employees or round up collection points from their staff. All this can easily be done for a good cause.