Thirty-five Haj pilgrims, comprising 15 civil servants and 20 military personnel from the Ministry of Defence (MinDef) and the Royal Brunei Armed Forces (RBAF), were honoured in a Jiwa Murni ceremony at Surau Al-Huda, Muara Naval Base on Friday.

The guests of honour handed over donations and gifts consisting of medical supplies from the MinDef and RBAF. 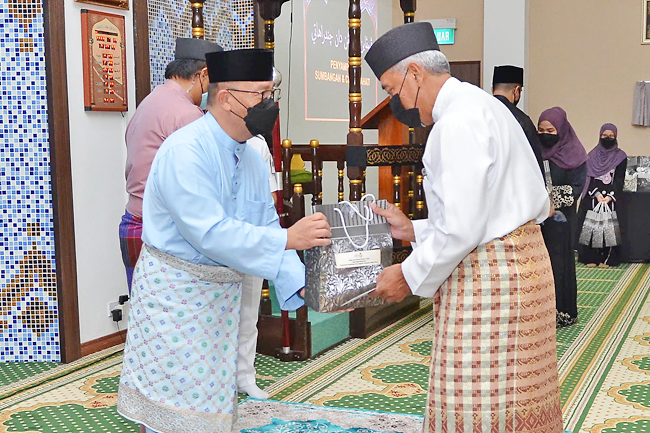