TOKYO (AFP) – Midfielder Reo Hatate earned a recall to Japan’s squad yesterday for pre-World Cup friendlies on the back of impressive performances for Celtic in the Champions League.

The 24-year-old is in line for just his second cap when Japan play the United States on September 23 and Ecuador four days later, both in Dusseldorf, Germany.

“I’ve worked with him ever since he was a student,” Japan coach Hajime Moriyasu said of Hatate, who scored with a deflected effort in Celtic’s draw with Shakhtar Donetsk in the Champions League on Wednesday.

“He has always shown ability to grow. He has been performing very well at Celtic. He was very strong in the recent match against Real Madrid (in the Champions League),” he added.

Hatate’s display against Shakhtar “confirmed his strength”, the coach added. 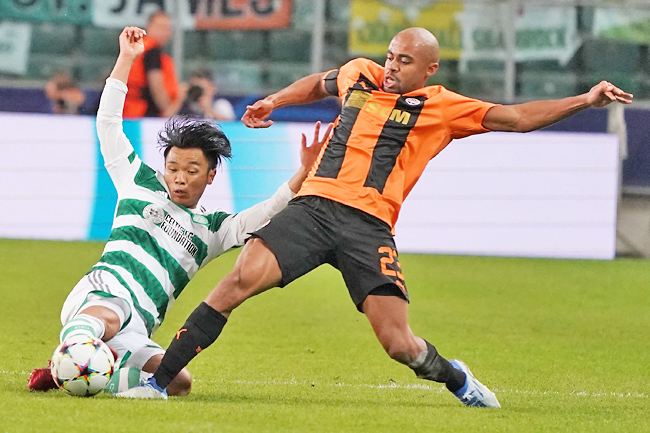 Hatate’s only previous appearance for his country came in a World Cup qualifier against Vietnam in March.

Moriyasu will be without Vissel Kobe midfielder Yuya Osako and striker Takuma Asano of Bochum, both out with injury.

But Moriyasu said they and Germany-based defender Kou Itakura “will be well enough to be part of those under consideration for the (World Cup) squad”.

“I don’t want them to be anxious, they should focus on getting healthy and performing well at their teams before the World Cup,” he said.

Japan are in a tough Group E in Qatar with Spain, Germany and Costa Rica.

The World Cup starts on November 20.