Celebrating the Prophet with healthy activities

A five-kilometre walk, exhibitions and healthy activities were organised by the Religious Teachers University College of Seri Begawan (KUPU SB) in the capital yesterday, in conjunction with Maulidur Rasul and the 32nd Teacher’s Day celebration.

It was also a platform for KUPU SB to interact with society and educate the public on physical and mental health from the perspective of Islamic teachings.

As part of the programme, a special tazkirah was delivered by a student in the religious teaching programme, Haji Mohd Khairul Mu’az bin Haji Sibodaud, after mass Subuh prayer at the Omar ‘Ali Saifuddien Mosque.

Permanent Secretary at the Ministry of Religious Affairs (MoRA) Haji Mohammad Rosli bin Haji Ibrahim was the guest of honour.

The programme has been incorporated into the weekly Bandarku Ceria in the capital. 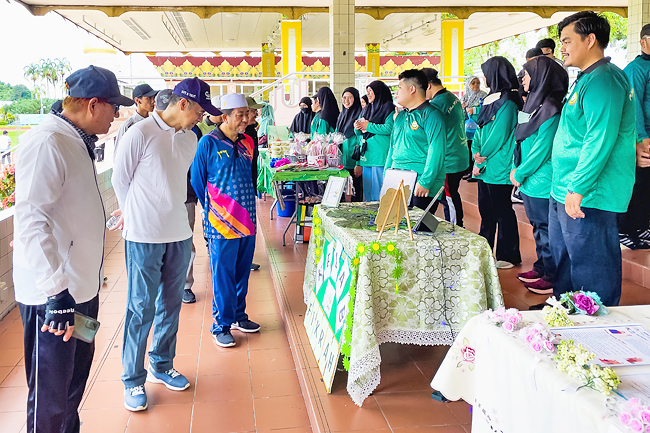 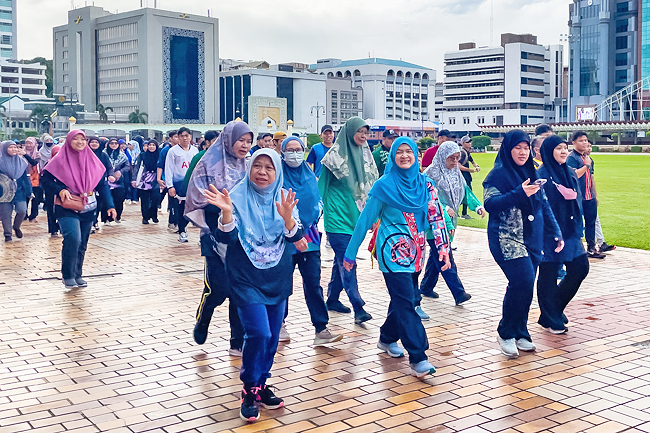