Rainsy has lived in France since 2015 to avoid jail on multiple convictions he says are politically motivated, including a life sentence handed down in October for allegedly ceding territory to a foreign entity.

Eleven politicians from his now-dissolved Cambodia National Rescue Party (CNRP) were sentenced to seven years in jail and stripped of their rights to vote or stand for office for five years, rights group Licadho said.

A further 22 activists were sentenced to five years in prison, while three defendants received suspended sentences in a case related to an attempt by exiled opposition politician Mu Sochua to enter Cambodia in January 2021.

Only three of the activists are in detention. The other 33, who are either abroad or on the run, were convicted in absentia by the Phnom Penh Municipal court. 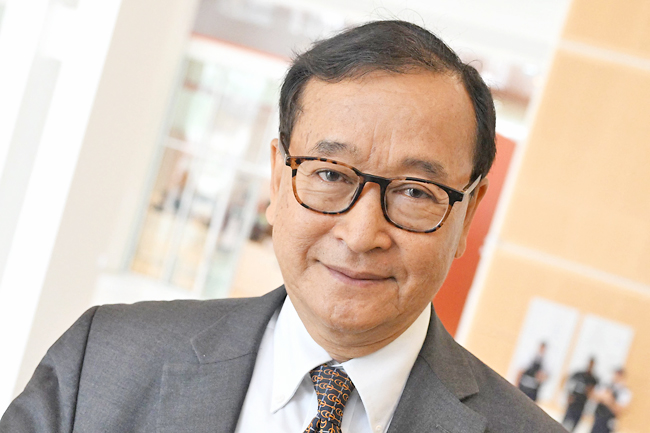 “I am so disappointed with the ruling,” the defendants’ lawyer Sam Sokong told AFP, adding he will discuss with his clients whether to appeal against the verdicts.

In a separate case, the same court concluded a long-delayed treason trial against top opposition leader Kem Sokha on Wednesday, with a verdict due on March 3.