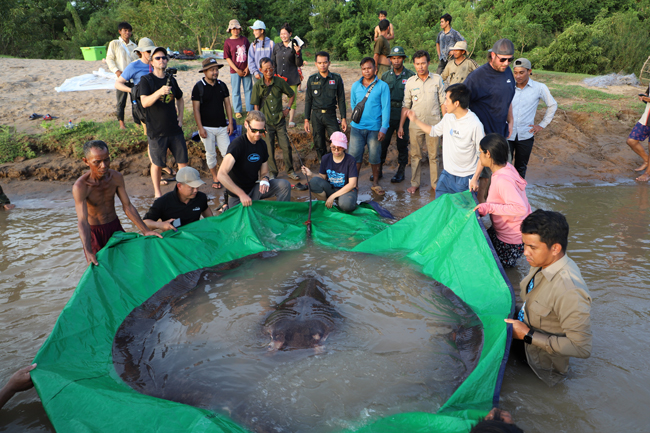 BANGKOK (AP) – The world’s largest recorded freshwater fish, a giant stingray, has been caught in the Mekong River in Cambodia, according to scientists from the Southeast Asian nation and the United States (US).

The stingray, captured on June 13, measured almost four metres from snout to tail and weighed slightly under 300 kilogrammes, according to a statement by Wonders of the Mekong, a joint Cambodian-US research project.

The previous record for a freshwater fish was a 293-kilogramme Mekong giant catfish, discovered in Thailand in 2005, the group said.