Call for hefty fine for drivers not giving way to ambulance

I was stuck in a massive traffic jam recently when I heard an ambulance siren in the distance.

Along with fellow motorists, I proceeded to moving as close to the side as possible to give space for the incoming ambulance. All but one driver – the one whose car was right in front of mine.

The ambulance siren was blaring, and all cars had moved to the sides by then. Yet there he was, refusing to pull to the side. As a matter of fact, he was about to use the clear path for himself until the ambulance was squarely behind him, making it impossible for him to ignore the urgency of the situation – and the glares from other road users.

I think some drivers have a severe lack of awareness of their surroundings. Their blind spot poses danger to other motorists, especially if they also have a habit of not using the indicators.

Perhaps the only way to put these people on their toes is to impose a hefty fine for the failure to give way to an ambulance. 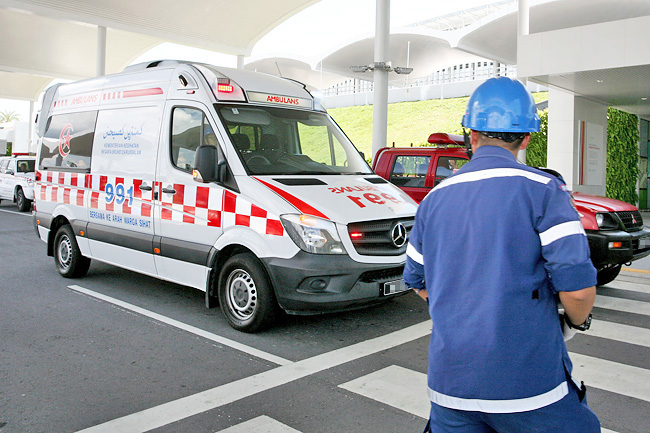