TOKYO (AFP) – US Open finalist Casper Ruud admitted he was running on fumes after losing 6-3, 6-3 to Spain’s Jaume Munar in the first round of the Japan Open yesterday.

The Norwegian lost to Carlos Alcaraz in the Flushing Meadows final last month and he has hardly taken his foot off the gas since then, playing in the Davis Cup and Laver Cup before heading to last week’s Korea Open.

Top seed Ruud finally hit the wall in Tokyo against world number 58 Munar, having his service broken twice in the first set and dumping shot after shot into the net all match.

Ruud admitted he had been trying too hard after his US Open run.

“I might have pushed a little too much and tried to go for too many tournaments and too many matches in a row but I really wanted to come to Asia and play these tournaments,” said the world number three.

“Today I wasn’t able to bring my best level but it’s an experience and a situation I will try to learn from.”

Ruud came into the tournament on the back of a quarter-final loss to Japan’s Yoshihito Nishioka at the Korea Open.

He said he was looking forward to returning to Norway and that it would be “good for my body and soul to have some days and weeks off”. 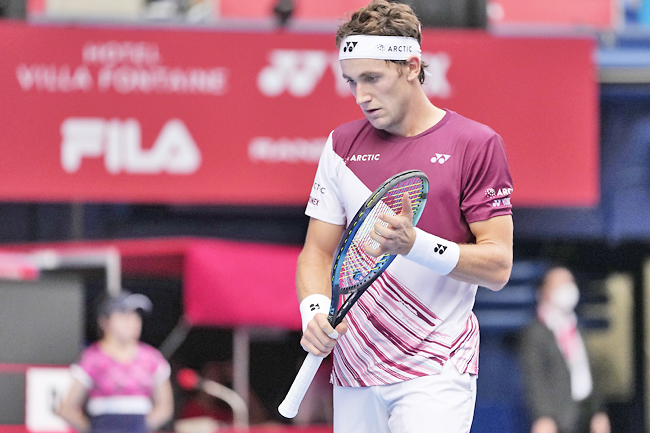