Permanent Secretary (Municipal and District) at the Ministry of Home Affairs Abdul Walid bin Haji Matassan, who was accompanied by his wife, was present to conclude the event. He was greeted by Village Head of Kampong Bukit Sawat Muhammad bin Abdullah on arrival.

Muhammad shared that the event served to “enliven His Majesty’s 76th birthday by organising a large-scale event for the residents in the rural area of Belait District”.

The ceremony began with the sounding of the gong by the guest of honour, followed by a performance from Year 2 to 5 students of Merangking Primary School. 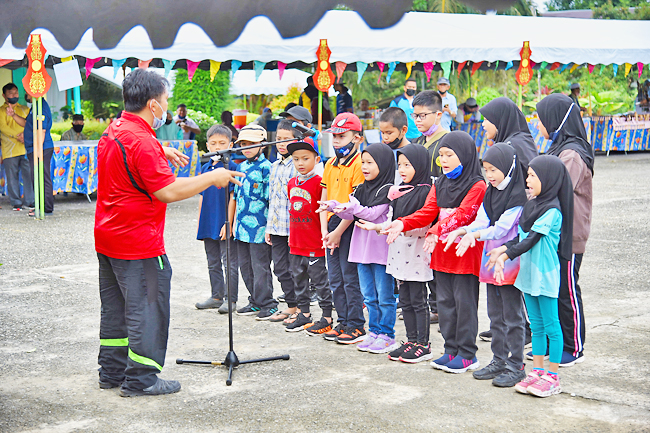 The guest of honour and guests later toured the carnival.

A number of activities were held during the carnival including live cooking shows, a colouring competition and night performances such as traditional mukun and dance.

A number of stalls were also set up by the residents selling food, drinks, and other popular products.

MPK Bukit Sawat is set to organise a River Festival in September, which will see a host of sports activities along the Belait River.