Brunei Darussalam’s under-19 football team concluded their campaign in the ASEAN Football Federation (AFF) Under-19 Boys’ Championship 2022 with a 5-0 drubbing at the hands of the Philippines at the Patriot Candrabhanga Stadium in Bekasi, Indonesia on Sunday.

The defeat left the winless Bruneians at the bottom of Group ‘A’ with five losses without registering a single goal.

It also extended the Young Wasps’ winless run for a third successive tournament, following the direction of the 2018 and 2019 editions.

The Young Azkals took the lead as midfielder Karl Balandra Absalon capitalised on lapse of concentration at the back to easily slot the ball home.

They doubled their lead as forward Andres Rafael Teves Aldeguer planted a neat header after meeting a fine cross from Justin Lawrence Chan Frias. Aldeguer scored his second of the game with a crisp finish before substitute Uriel Reyes Dalapo tapped the ball to an empty net after latching onto a defence-splitting pass from Dov Anthony Misael Santico Carino to make it 4-0.

Meanwhile, the other matches saw Vietnam and Thailand seal qualification following a 1-1 draw between both sides, with Indonesia’s 5-1 victory over Myanmar proving to be inconsequential.

Vietnam, Thailand and Indonesia all finished with the same number of points but Vietnam and Thailand qualified based on head-to-head goals scored.

The competition continues tomorrow with the knock-out phase as the quartet of Laos, Myanmar, Vietnam and Thailand looks to secure a berth in the title decider two days later. 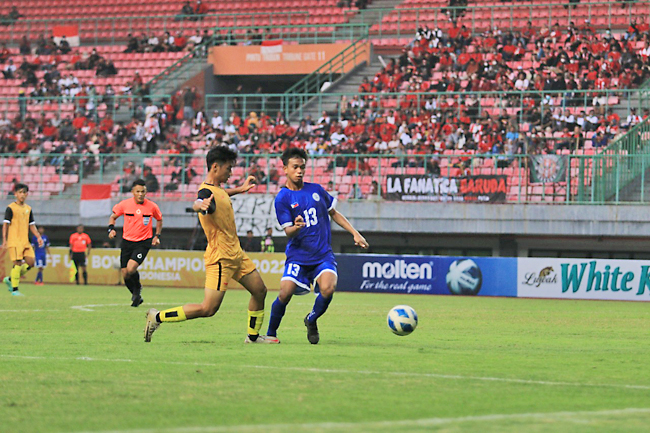