This was revealed in the Department of Economic Planning and Statistics’ (DEPS) Report of the BPP 2021: Demographic, Household and Housing Characteristics based on the final data collected in the BPP 2021. Therefore, this supersedes the data in the Report of the Preliminary Count of Total Population 2021 released in October 2021. 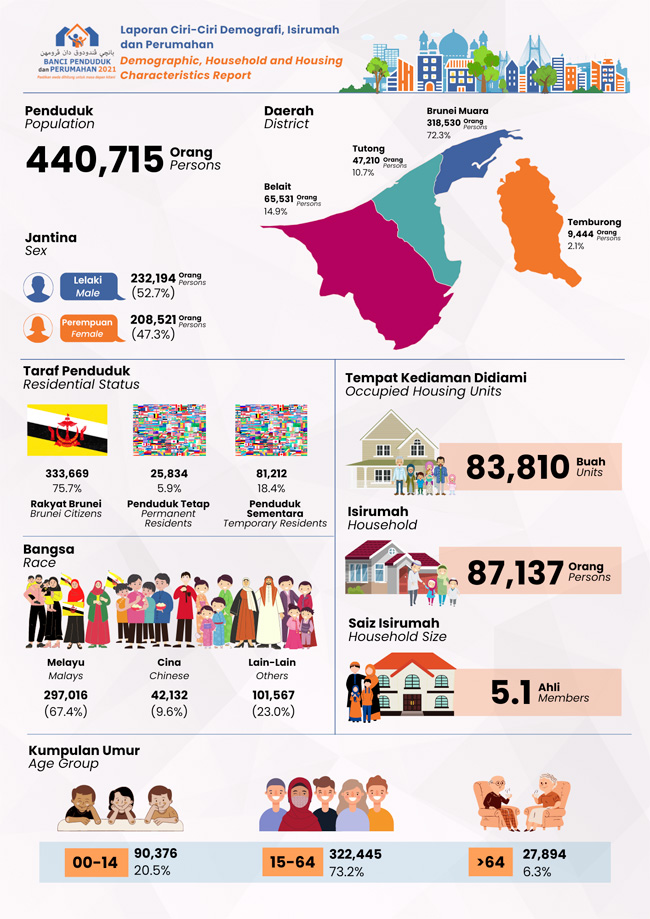 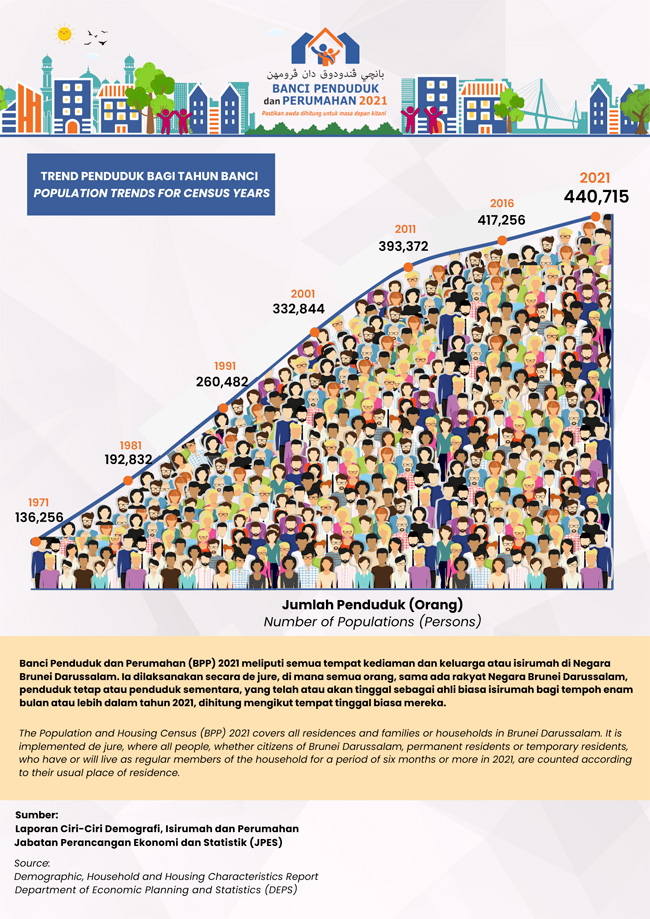 The Malays with 67.4 per cent (297,016 persons) of the total population formed the largest community in the country.

Majority of the country’s population were Muslims, comprising 82.1 per cent (362,035 persons).

The number of foreign-born population was 91,580 persons, accounting for 20.8 per cent of the total population. Out of this number, 18.6 per cent (17,067 persons) were Brunei citizens and permanent residents who were born abroad.

Brunei-Muara District was the most densely populated district with 558 persons per square kilometre (per sq km).

The total number of occupied living quarters or housing units in Brunei Darussalam was 83,810 – an increase of 18,417 from the 2011 Census.

The average household size was 5.1 members.

POPULATION DISTRIBUTION AND GROWTH BY VILLAGE

Population by village showed significant variation during the 2011-2021 period.

One factor contributing to the high population growth rates in the villages were the increase in the population in the resettlement areas.

The mid-year population estimates released for the years 2017 to 2020 have now been revised using the latest data.

This information will be published in the Brunei Darussalam Statistical Yearbook (BDSYB) 2021.

The Report of the BPP 2021: Demographic, Household and Housing Characteristics is available from the DEPS’ website.