KABUL (AFP) – Marwa was just a few months away from becoming the first woman in her Afghan family to go to university – instead, she will watch achingly as her brother goes without her.

Women are now banned from attending university in Taleban-controlled Afghanistan, where they have been steadily stripped of their freedoms over the past year.

“Had they ordered women to be beheaded, even that would have been better than this ban,” Marwa told AFP at her family home in Kabul.

“If we are to be so unlucky, I wish that we hadn’t been born at all. I’m sorry for my existence in the world.

“We are being treated worse than animals. Animals can go anywhere on their own, but we girls don’t have the right even to step out of our homes.”

The 19-year-old had recently passed an entrance exam to start a nursing degree at a medical university in the Afghan capital from March.

She was thrilled to be joining her brother, Hamid, in attending the campus each day.

But now their futures have been pulled apart. 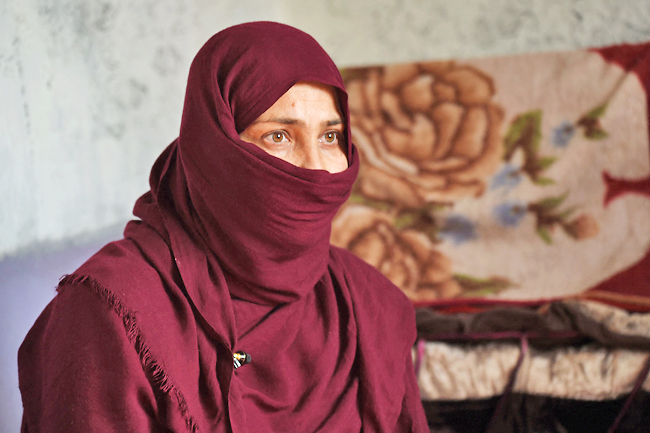 “I wanted my sister to achieve her goals along with me – to succeed and move ahead,” said Hamid, 20, a student of business administration at a higher education institute in Kabul.

“Despite several problems, she had studied until the 12th grade, but what can we say now?”

The ban by the hardline government, which seized power in August last year, has sparked global outrage.

The Taleban’s minister for higher education Neda Mohammad Nadeem, claimed women students had ignored a strict dress code and a requirement they be accompanied by a male relative to campus.

But the reality, according to some Taleban officials, is that the hardline clerics that advise the movement’s supreme leader Hibatullah Akhundzada remain deeply sceptical of modern education for females.

Girls have also been banned from secondary schools in most of the country. Women have been slowly squeezed out of public life in recent months, pushed from government jobs or paid a fraction of their former salary to stay at home.

They are also barred from travelling without a male relative and must cover up in public.

Women are prohibited from going to parks, fairs, gyms and public baths. Marwa and Hamid come from an impoverished family but their parents had supported their pursuit of higher education.

With dreams of becoming a midwife, Marwa had planned to visit remote areas of Afghanistan where women remain deprived of health services.

“I wanted to serve women in faraway places so that we never witness the loss of a mother’s life during childbirth,” she said.

Instead she will now stay home to teach her six younger siblings, while her father, the family’s sole breadwinner, earns money as a vegetable vendor.

“They were dressing like they were going to a wedding. Those girls who were coming to universities from home were also not following instructions on the hijab,” he said in an interview on state television.

But Hamid strongly rejected the justification for the ban.

“When universities opened under the Taleban, different days were specified for boys and girls,” he said.

“They (girls) were not allowed to enter unless they wore a mask and hijab. How then can they (the Taleban) say they were without hijabs?”

After the Taleban seized power, universities were forced to implement new rules, including gender-segregated classrooms and entrances, while women were only permitted to be taught by professors of the same sex, or old men.

Marwa’s mother, holding her newborn baby in her arms, said she felt history repeating itself.

Two decades ago she was forced to quit her studies during the Taleban’s first regime between 1996 and 2001.

“I’m happy that my son is able to pursue his goals, but I’m also heartbroken that my daughter is unable to do the same,” said Zainab, 40.

“If my daughter does not achieve her goals, she’ll have a miserable future like mine.”