LONDON (AFP) – British Airways parent IAG said yesterday it has ordered 11 Airbus A320neo aircraft and three A321neos worth USD1.7 billion, as the aviation sector seeks to recover from the pandemic.

The airline conglomerate, which also owns Aer Lingus and Iberia, has converted options to buy the fuel-efficient single-aisle jets after negotiating a “substantial” discount, it said in a statement.

This is in addition to the conversion of eight options in March for six A320neos and two A321neos.

“These modern, more fuel-efficient aircraft will bring both cost efficiencies and environmental benefits to IAG airlines,” the company added in the statement.

The firm will announce engine selection and financing options nearer to the delivery. 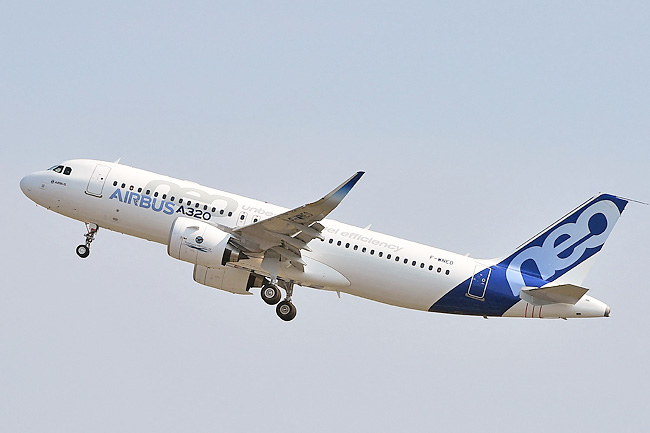 The Boeing deal was a vote of confidence in the crisis-hit MAX jet after two deadly crashes in 2018 and 2019.

The raft of orders come amid signs of recovery in the aviation sector, which was ravaged by the COVID-19 pandemic.

British low-cost carrier EasyJet this month exercised options to buy 56 A320neo aircraft worth USD6.5 billion and due for delivery between 2026 and 2029. IAG in May forecast a return to annual profit after narrowing COVID-induced losses as travel restrictions were eased.

The group had collapsed into losses during 2020 and 2021 as the pandemic grounded planes and slammed demand.

Nevertheless, airlines and airports are currently struggling to recruit sufficient staff as skies reopen after the lifting of pandemic lockdowns, which saw the industry slash thousands of jobs.

The staff in customer-facing roles like check-in voted by more than 90 per cent in favour, trade unions said, threatening a “summer of strikes” as Britain’s cost-of-living crisis worsens.