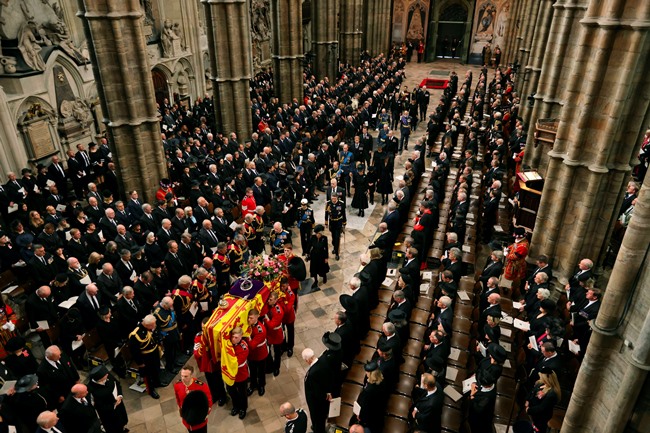 LONDON (AFP) – Britain said farewell to Her Majesty Queen Elizabeth II on Monday at a state funeral attended by world leaders, before a historic last ceremonial journey through the streets of London packed with mourners.

Huge crowds gathered in near silence to watch as the queen’s flag-draped coffin, topped with the Imperial State Crown, her orb and sceptre, was carried slowly to a gun carriage from Parliament’s Westminster Hall where it had lain in state since last Wednesday.