DUBAI, UNITED ARAB EMIRATES (AP) – Iran abruptly raised prices as much as 300 per cent for a variety of staples such as cooking oil, chicken, eggs and milk on Thursday. Scores of alarmed Iranians waited in long lines to snatch up bundles of food and emptied supermarket shelves across the country in the hours before the price hike took effect.

Lines in Tehran snaked out of grocery stores on Wednesday. The next day, Iran’s currency dropped to a low of IRR300,000 to the dollar.

Protests appeared to spring up in the remote and impoverished south, according to videos shared online.

The Associated Press (AP) could not verify their authenticity but the footage corresponded to reported events.

The scenes revealed not only deep anxiety gripping the country and frustration with leaders, but also underscored the economic and political challenges facing them. 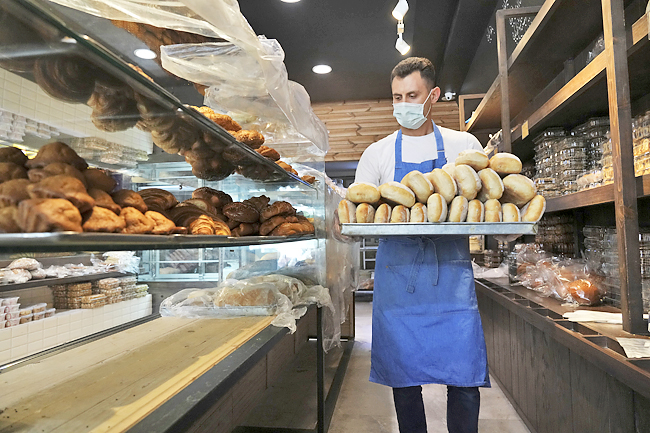 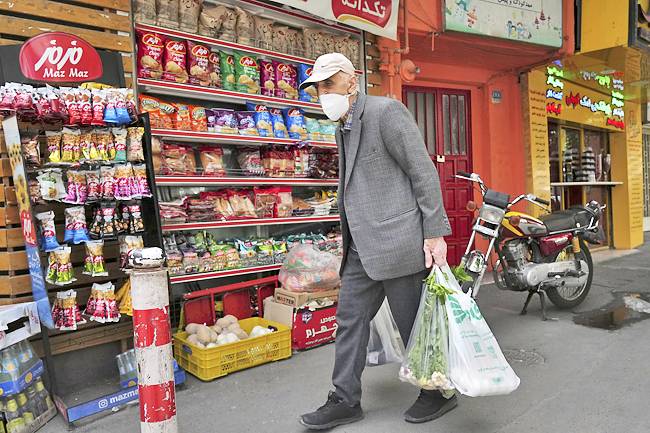 Food prices across the Middle East have surged due to global supply chain snarls and Russia’s invasion of Ukraine, which both export many essentials. Iran imports half of its cooking oil from Ukraine.

Although Iran produces roughly half of its own wheat, it imports much of the rest from Russia. The war has added to inflationary pressures. Smuggling of Iran’s highly subsidised bread into neighbouring Iraq and Afghanistan has spiked as hunger spreads across the region.

Youth unemployment also remains high. Some 30 per cent of Iranian households are below the poverty line, reports Iran’s Statistics Center.

The government is trying to act swiftly to blunt the pain. Authorities have promised to pay every Iranian citizen some USD14 a month to compensate for the price hikes.

The cost of special and artisan breads, such as French baguette and sandwich bread, has multiplied by 10, bakery owners said.

But authorities are careful not to touch subsidies on the country’s flatbread, which contributes more to the Iranians’ daily diet than anything else.

Subsidies, and bread subsidies in particular, remain a highly sensitive issue for Iran, which has been roiled by bread riots throughout its history.

In the 1940s, bread shortages triggered mass street protests and a deadly crackdown that brought down then-Premier Ahmad Qavam.

Memories of Iran’s fuel price hike three years ago also remain fresh. Protests – the most violent since the creation of the Islamic Republic in 1979 – rocked the country. Hundreds were killed in the crackdown, according to Amnesty International.

But in recent weeks, the government has allowed prices to surge for almost every other staple, including pasta, until Thursday’s hike for the remaining Iranian dinner table basics.

As Iranians vent about the rising prices of flour, the top trending hashtag on Twitter in recent weeks has been #macaroni – the term Iranians use for all types of pasta.

“I am sure the government does not care about average people,” mother-of-three Mina Tehrani told the AP as she browsed a supermarket in Tehran.

She stared in shock at a price tag for pasta – now IRR165,000 for a pound, compared to IRR75,000 last month. Iranians who had forgone meat or dairy to save money have nothing left to cut, complained Tehran resident Hassan Shahbazzadeh.

“Now even macaroni is taken off their dining table,” he said.

“This jump in the price of flour has made people crazy,” said grocery store worker Saleh, in Susangerd, a city in the oil-rich southwestern province of Khuzestan, home to an ethnic Arab population that has alleged discrimination and includes a separatist movement.

Saleh said that the price of a sack of 40 kilogrammes of flour had soared to the equivalent of USD18 from USD2.5 in recent weeks, stoking intense anger in the restive province.

“Many rushed to groceries to buy macaroni and other things for their daily needs,” he said, giving only his first name for fear of reprisals.

“The waves of increasing prices have made people breathless,” lawmaker for the Kurdish area Kamal Hosseinpour, thundered in a Parliament session earlier this week. “Macaroni, bread and cooking oil are the main staples of Iran’s weaker people… Where are the officials and what are they doing?”

“The administration is incapable in managing the country’s affairs,” said lawmaker for the Taibad province, near Iran’s border with Afghanistan, Jalil Rahimi Jahanabad.

Supporters of the government have described the price hikes as “necessary economic surgery” – part of a Parliament-approved reform package.

Some social media users have ridiculed the term, saying officials have removed the patient’s heart instead of the tumour.

As outrage over rising inflation surges online, Iranian authorities appear to be bracing for the worst.

Internet monitoring group NetBlocks.org told the AP that it was tracking Internet disruptions at a “national scale” that “are likely to impact the public’s ability to communicate”.

Article 19, a global research organisation that fights censorship, reported on Thursday that authorities appeared to have shut down almost all Internet connectivity in cities across Khuzestan province.

Since the country’s 2009 disputed presidential election and the Green Movement protests that drew millions to the streets, Iran has tightened its control over the Internet.

Videos have surfaced on social media in recent days of Iranians gathering in the dark in the streets of the southern Khuzestan province, chanting slogans against price hikes and against the country’s leaders. Iranian state media has not publicly addressed the protests.