Following the motion of the World Maritime Day 2019 theme, ‘Empowering Women in the Maritime Community’ which highlighted the important contribution of women all over the world to the maritime industry, the International Maritime Organization (IMO) Assembly adopted a resolution declaring an International Day for Women in Maritime, to be observed on May 18 every year.

The resolution was endorsed by the IMO Council last November.

IMO Secretary-General Kitack Lim said, “This day for women in maritime will further efforts to achieve SDG 5 on gender equality. It is a perfect follow-on action to the 2019 theme of empowering women in maritime and the Assembly Resolution adopted in 2019. I am pleased that the member states have joined in the call to achieve a barrier-free environment for women, so that all women can participate fully, safely and without hindrance in the activities of the maritime community, including seafaring and shipbuilding.” 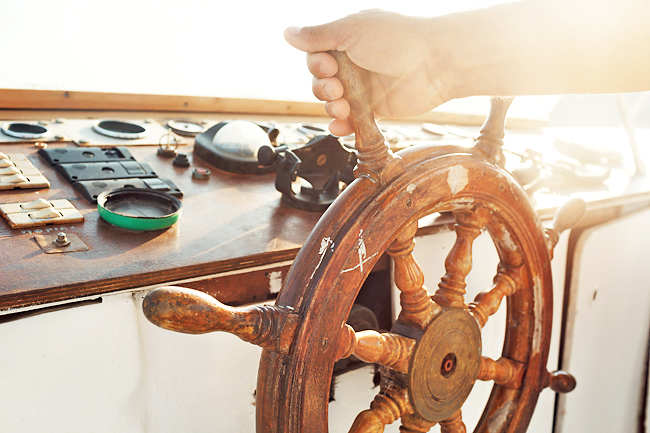 The maritime industry has a long history of being a male-dominated industry, and that tradition runs long and deep.

According to IMO’s Gender Programme, women make roughly two to three per cent of the workforce, showcasing a significant gender disparity.

However, the IMO has always believed that empowering women heightens economies, improves productivity and growth, and benefits all stakeholders in the global maritime community.

In response, the IMO launched the Women in Maritime Programme in 1988, with the goal of promoting gender equality and women’s empowerment through a variety of activities centred on training, mentoring, and networking opportunities.

This strategic approach aims to further encourage women in achieving the representation and recognition that they deserve as well as strengthening the role of women as key maritime stakeholders.

The IMO is also committed to assisting its member states in achieving the UN 2030 Agenda for Sustainable Development and the 17 SDGs, particularly SDG 5: “Achieve gender equality and empower all women and girls” to address the current gender imbalance in maritime.

As a result, more industry players globally have adopted policies and undertaken similar initiatives to eliminate the gender gap and integrate women into the maritime sector.

Today, it reflects a positive trend in gender balance, with the report projecting more than 24,000 women working as seafarers, up 45.8 per cent from the previous estimate in 2015, according to BIMCO/ICS 2021 Seafarer Work-force Report.

Brunei Darussalam, as a member of the IMO, is dedicated in upholding and furthering the IMO’s noble objectives and is working towards providing equal employment opportunity for women, as highlighted in Brunei Vision 2035.

Brunei, together with other stakeholders, is committed to creating an environment that encourages women to pursue maritime careers.

By working closely with other member states, Brunei Darussalam will continue to support the work of the IMO towards the overall achievement of the UN’s Sustainable Development Agenda 2030.

It is encouraging to see that the country has seen more women join in to support the maritime sector, from supportive roles to executive level positions.

The Maritime and Port Authority of Brunei Darussalam (MPABD) as the country’s maritime regulator leads by example in promoting women’s participation in the maritime workforce.

The MPABD is led by prominent figures as its Board of Directors, where two of the directors are women and one of whom is Permanent Secretary (Industry) at the Ministry of Finance and Economy and MPABD Deputy Chairperson Pengiran Hajah Zety Sufina binti Pengiran Dato Paduka Haji Sani.

Since MPABD’s establishment in 2017, it has seen an increase in the number of female personnel over the last years with females accounting for 28 per cent of the workforce. Two senior positions are currently held by women who are heads of their departments, reporting directly to the chief executive.

FUTURE OF WOMEN IN THE MARITIME INDUSTRY IN BRUNEI

Nurul Siti Shahrinah binti Shahrolwardi has earned national prominence as the first young female in her early 20s to complete her cadetship programme and become a third officer onboard, in charge of the daily navigational bridge and cargo watches as well as mooring and anchoring operations.

Not only does this pave the way for the future generations of women to overcome social barriers, but this also shows that a new generation of powerful and accomplished women is rising to the challenge.

In addition, Brunei Darussalam is dedicated to ensuring equitable representation, more inclusive workplaces, and safer working environments. MPABD’s female Port Superintendent Zulina Zainal Abidin said she has never been treated unfairly at work and that working mainly with male colleagues who are tremendously polite, courteous, and embracing of diversity has been a terrific experience.

In a message for the International Day for Women in Maritime, Acting Chief Executive of MPABD Captain Abdul Mateen bin Abdurrahman Liew said, “Women have demonstrated that working at sea can be a rewarding career that suits them just as well as their male counterparts. Women have proven time and time again that it doesn’t take brawn to make one’s way up in the marine industry.

“I do believe a promising indicator for the future of women in the maritime industry is self-determination and the amount of accessible support for women seeking to get their foot in the door. There has never been a better time for women to enter the maritime industry and here at the MPABD, we encourage women who are interested in working at sea to pursue their dreams.”