In Brunei Darussalam, we often see netball games or tournaments dominated by women, and are used to seeing them participate in local and international competitions.

Seldom do we see the presence of a bunch of guys playing netball, let alone in a tournament fully participated by men, although in some netball competitions men are seen as umpires or coaches.

As such, towards further developing netball tournaments and games played by men, the first Brunei Men’s Netball League was introduced with the support from Brunei Netball Association (BNA).

The introduction of the men’s netball game has been in the pipeline since 2020, but had to be put on hold due to the outbreak of the second wave of COVID-19 in 2021.

The first ever men’s netball league offers an elite-level tournament in which men playing netball are recognised and acknowledged, in line with other men’s netball teams around the world including Australia, New Zealand, Malaysia, and Singapore.

The league was hosted by the Belait Netball Committee under the jurisdiction of BNA and the committee was led by Izzat Reeza as organiser for the first Men’s Netball League for the 2022 season. 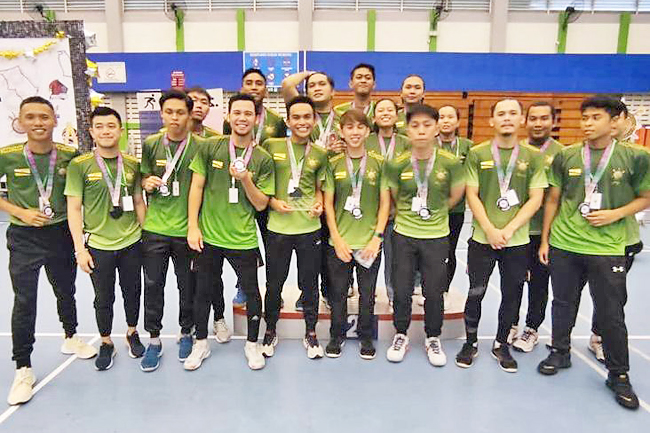 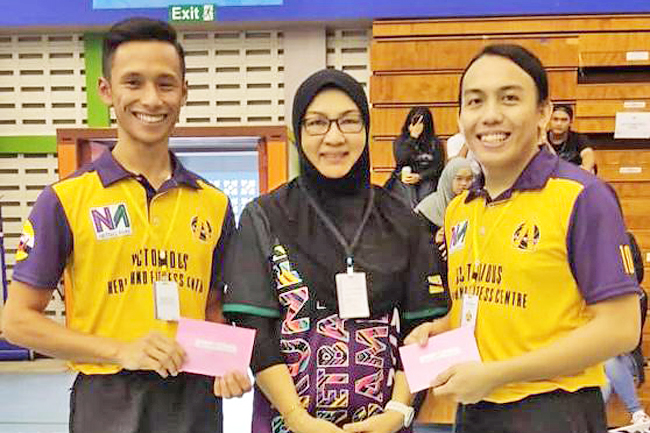 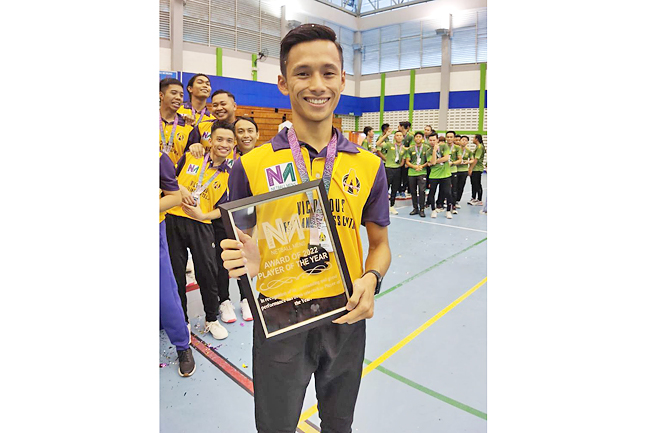 The committee comprises 38 members who were among the Belait netball community. In the operation team, the members are George Maxson, Azlan Zaini, Ajeed Nordin and Nur Afifah; while for hospitality, the members are Nabilah Wajahah and Aqmal Nadia; and the committee for bench officials comprises Qasrina Adnan, Khairul Hisyam and Nur Syafiqah Khir. Dayangku Khairunnissa is the Finance Officer, while Melati Rosli and Hazwan Akmal have united for years as the heart and soul of the event and lifted it to the highest possible netball sporting standard.

The league saw the participation of five men’s netball squads based on districts, replicating the standard national games format.

The league was carried out through 10 Sunday matches across five weeks at the Liang Lumut Recreational Club (LLRC) and Mumong Sports Complex over the whole of October.

Mumong Sports Complex was also the venue for the closing ceremony of the first season.

The ceremony was attended by the Vice President of BNA Masnurfaiza Zaini as the guest of honour along with other association bodies. The team representing Brunei-Muara A, The Alpha, emerged as champions, while Tutong Panglima was the runners-up and Belait Cardinals in third place followed by Brunei Muara B, the Killerbee and Temburong Thunderball in fourth and fifth places.

In addition, an online social media vote for the Umpire Justice award was presented to Asmawi Haji Sulaiman as the chosen player for the league, while the Player of the Year Award for Season 2022 was awarded to Muhammad Hisyam Assanuddin bin Asmali from The Alpha team.

The pre-voted host and successor of the Brunei Men’s Netball Games for season 2023 was handed to the Brunei-Muara District during the handover ceremony and closed by host Izzat Reeza along with the Belait Netball Committee.

Asked how men’s netball sparked an interest among the players and how it started, a spokesperson said that men’s netball embarked on its journey 20 years ago. “The usually female-dominated sport was played by men who started or played just for fun and to fill up the game’s attendance.

“Admiring the rules of the sports and its explosive movements, netball has become a choice for men to be involved and evolve for the sport.

“The rules for men’s netball are the same as women’s netball and the rules are standard across the world. The only the difference is how the players (male and female) apply aggressiveness and swiftness in their tournaments or matches.”

Sharing achievement and progress of the team, the spokesperson mentioned that Bruneian male players have had a few trials venturing for men’s Asian netball platform and international platform.

“For example, representing Brunei for the Asian Netball Championship against Singapore, Hong Kong, Malaysia and India back in November 2017.

“A national team was started earlier for an international category with the Australian Men’s and Mixed Netball Association (AMMNA) back in 2013 and a few other open categories organised from Malaysia.

“Although national men’s netball is yet to secure a place on an international platform, our open category participation for clubs has gained wins across the seas,” the spokesperson concluded.