THE WASHINGTON POST – Annis Waugh decided to host a hair-braiding class for fathers, though she expected only handful of sign-ups. To her surprise, the class quickly sold out, and dozens of dads added their names to a wait list.

Waugh, who lives in St Albans, England, is the owner of Braid Maidens, and has been teaching hair-braiding classes for nearly a year. Although she never promoted her lessons as being for women, “I noticed that no men were booking on,” she said.

As part of a fundraiser for a local elementary school, Waugh agreed to offer hair-braiding tutorials for parents, and she decided to designate one class specifically for dads. She was stunned when the event was sold out faster than the class for mothers.

Waugh’s goal in hosting a dads-only class, she said, was to create an environment where “everyone is in the same boat, and they’re all learning at the same basic level”.

She didn’t want men who had never braided their child’s hair to shy away, and she figured the fathers might be less intimidated to participate if the course was designed with them in mind.

Many men don’t have long hair themselves, and it’s not as common for boys and male teens to practise braiding hair, one of the ways girls and young women have traditionally honed their skills.

“I was really nervous before the class,” Waugh said, explaining that she wondered whether the men actually wanted to participate, or if they were “under duress because their partners put them up to it”. 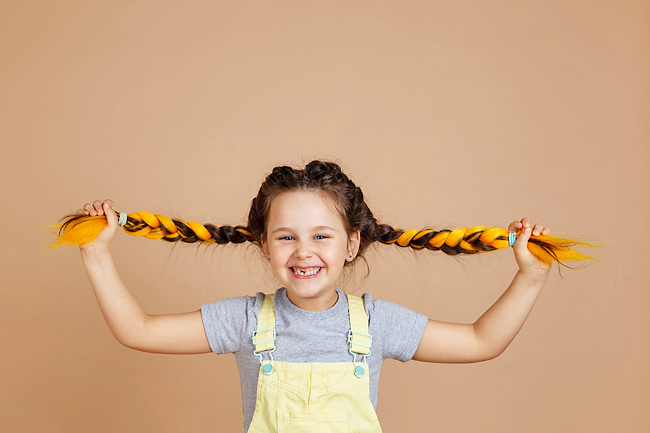 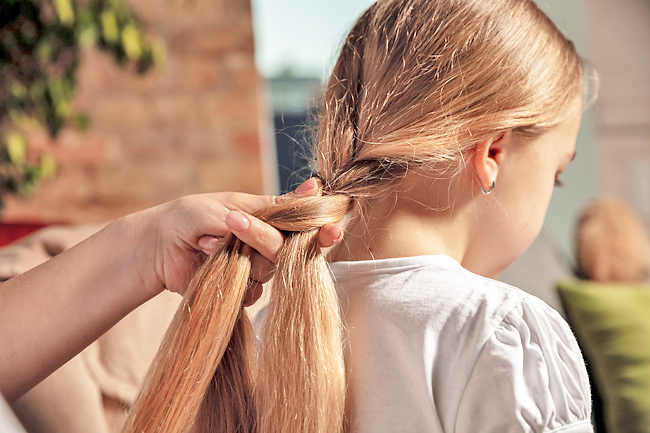 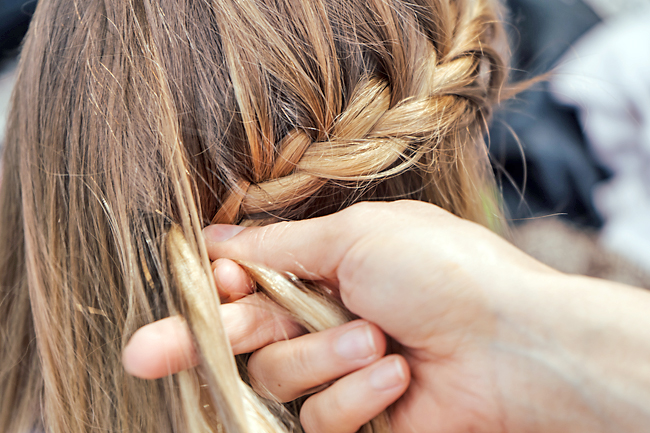 “I thought it was going to be awkward,” Waugh admitted. “I had completely misjudged. I needn’t have worried because straight away they were into it.”

During the two-hour session on February 23, the dads who secured the eight coveted spots were eager to learn the craft that has conventionally been the purview of women.

“They were concentrating so hard,” Waugh said. “They were really into it and really wanted to do well at it.”

The class began with a lesson on brushing and ponytails, and Waugh delved into how to deal with different hair textures and types. Then she transitioned to braids and covered everything including how to form traditional braids and fishtail braids. She capped the lesson with a princess-style updo.

“They impressed their kids with that,” Waugh said, adding that the men practiced the hairstyles on plastic heads. “They were super engaged and really enthusiastic learners.”

While they certainly “laughed a lot”, Waugh continued, at times it was “totally silent. The concentration levels were through the roof.”

In fact, some of the dads were perfectionists.

“One guy was brushing out a really good braid and said there wasn’t enough tension at the top,” Waugh recalled. “They took it seriously, and they were there to learn a new skill to use on their kids.”

The class challenged Waugh’s own biases, she said, and highlighted that anyone can learn how to style hair with some guidance.

“It doesn’t matter if you’re a 10-year-old girl, a 35-year-old woman or a 45-year-old man,” she said. “There is no reason why it should be weird for a dad to do his child’s hair. Why should that be strange?”

Particularly amid the pandemic, many dads have taken on more caregiving responsibilities, including John Hardern, who enthusiastically participated in Waugh’s braiding class.

His wife recently started going back to work, and he has become responsible for getting his four long-haired daughters – ages 10, eight, six and four – ready for school several mornings per week.

He often braids their hair in the morning when time permits, taking requests for side braids, French braids and fishtails.

“It shouldn’t just be one gender doing stuff like this,” Hardern said. “The more we do and share the load, the better is it for my daughters.”

The class, he said, “was incredible” and allowed him to “gain a bit of confidence” with braiding. Before the lesson, Hardern’s wife would style the girls’ hair before school on her own. Now, they share the duty.

“Practice makes progress,” Hardern said, adding that he has been doing his daughters’ hair a lot more often since Waugh’s lesson, and his hair-braiding skills are steadily improving.

The dads who participated in Waugh’s class have kept tabs on each other, and “they are all doing it more as well, which is really great”, Hardern said.

The workshop was a huge hit, and “I’ve now got a waiting list of 45 dads,” said Waugh, who has scheduled four future sessions for fathers. “Every day, I get messages saying ‘Please teach me.’ I think it’s going to become a very regular fixture.”

Hair tutorials designed for dads is not a new phenomenon, and stylists around the world have become known for offering similar lessons. Non-profit organisations, such as the Man in Me, based in Texas, have also facilitated hair-care events that focus on fathers.

A Cleveland hairstylist Tieya Riggins has hosted multiple free classes for fathers since 2019.

Although she temporarily paused sessions in the pandemic, she has held classes at a local library and preschool, and she has also hosted several private workshops.

“I deal with a lot of single fathers who have custody of their kids,” said Riggins, who is opening a new salon called Locs by Nature in June. “It’s really rewarding to see that they want to learn.”

Her two-hour-long classes cover everything including which products to pick for certain hair textures and best practices for detangling knots. Children attend the tutorials with their parents.

“It’s fun watching the dads learn something new,” Riggins said, adding that she plans to organise several workshops for fathers over the summer months.

Waugh agreed. What motivates her most, she said, is that her lessons inspire memorable moments between a parent and a child.

“Children will remember their dad doing their hair before school,” Waugh said. “I think if I can pass that on to a few more people, by way of a little braiding legacy, then I’ll be really happy.”