Boy dies as car swept away in Australian floods

SYDNEY (AFP) – Australian police yesterday located the body of a five-year-old boy trapped in floods west of Sydney, the latest death from a prolonged period of heavy rainfall. The boy and four other people had been travelling in a car that was swept into floodwaters late Friday.

Police said four of the occupants, a 37-year-old man, a 28-year-old woman and another young boy and a girl, managed to escape the vehicle and clung to a tree until help arrived.

“However, a five-year-old boy became trapped in the car before it submerged,” New South Wales police said.

After a desperate overnight search, the boy’s body was recovered from the vehicle. The incident occurred in the town of Tullamore, a five-hour drive from Sydney.

A swathe of eastern Australia has endured repeated flooding in the last two years.

Several people have died as back-to-back La Nina weather events pummelled the area with rainfall and caused rivers to burst their banks.

Earlier this year hundreds of thousands of people were told to leave their homes in already flood-hit areas as the waters rose again. La Nina is the large-scale cooling of surface temperatures in the central and eastern equatorial Pacific Ocean. The phenomenon has widespread impacts on weather around the world. 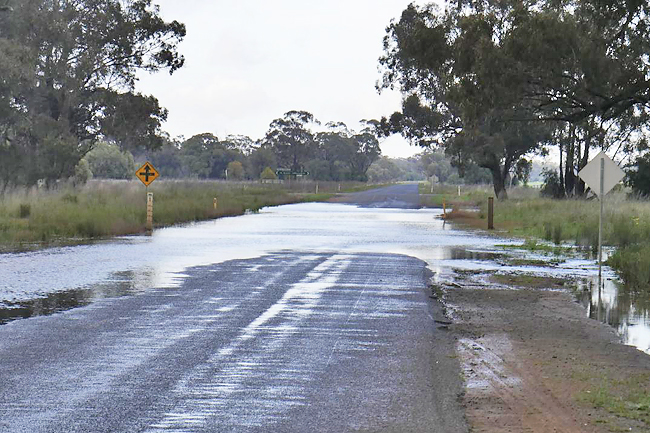