THE WASHINGTON POST – The first time my son, Eli, and I played chess, he beat me in four moves. He was seven years old. At once embarrassed and proud, I told a friend and fellow dad. Sounds familiar, he said. His daughter, only six, had defeated him the same way: Playing the white pieces, she ensnared his king with a swift two-pronged attack on the f7 square, the weakest on the board for black (as we both learnt).

Eli wasn’t necessarily going to be the next Bobby Fischer or Beth Harmon. But he took to chess immediately. He started playing in first grade, learning from his mother and a teacher at his special-needs school.

Ever since his premature birth at 27 weeks – he weighed less than two pounds and for a frightening two and a half months clung to life on a ventilator – he’s faced physical and behavioural challenges. Growth hormone deficiency, ADHD, anxiety, lack of impulse control.

In some ways, his difficulties only increased after his mother and I separated when he was two and soon divorced.

In other words, from the very start, parenthood was proving vastly different and more trying than I ever imagined it would be. As the single father of such a challenged and challenging kid, I found myself having to toss out the playbook I’d drawn up in my head.

I turned to chess as an audible, a play called on the fly, when my son and I needed a score. 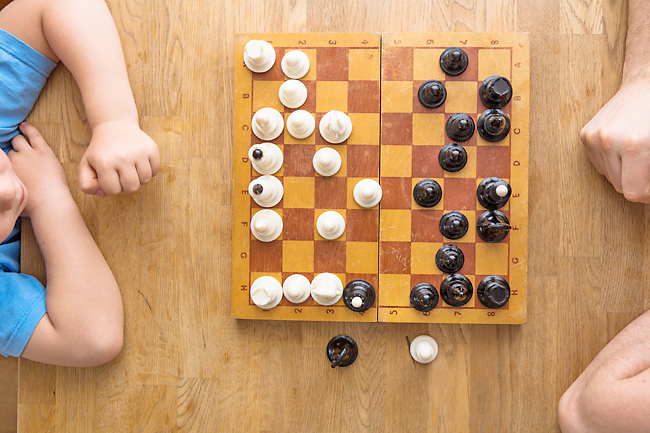 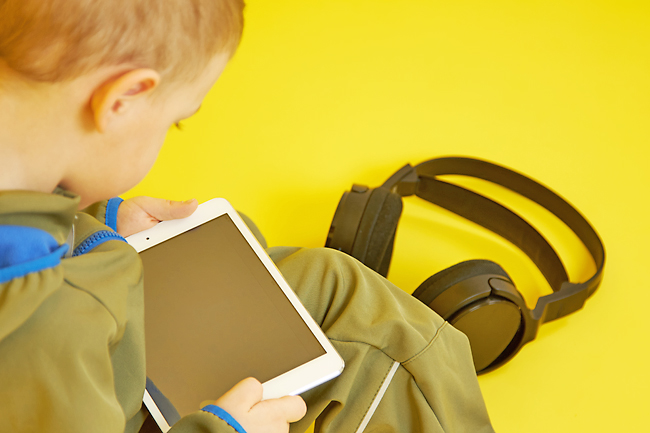 After Eli trounced me a couple of times, I faced a crossroads: avoid chess altogether, as the father of one of his classmates did after losing soundly to his son, or take up the game myself. Seeking a connection, I chose to learn.

Decades had gone by since I’d last played chess. At Eli’s age, I far preferred sports.

Evenings and weekends, I watched sports on TV with my dad, a tradition I assumed I’d carry on with my son.

But as it turns out, sports, at least what I understood them to be, aren’t his bag.

For a time, he loved football. He took weekly classes in the basement gyms of old churches and schools and on patches of grass staked out in crowded parks. We spent Saturday afternoons playing pickup games, using our coats, backpacks and water bottles as makeshift goals.

At 10, he joined a noncompetitive league. He was so excited for the season, he’d ask random people in our neighbourhood in Manhattan whether they knew what WSSL stood for: West Side Soccer League.

Little did he know the field would be massive and most of the other boys bigger, more agile than he was. The first game, he more or less held his own. But he refused to play after that. His mum and I persuaded him to go to the second game, yet neither we nor his coaches and teammates could coax him onto the field. The third game he skipped altogether – and ended up playing street chess instead.

Now 12, Eli will occasionally watch the NFL, but with his mother, not me. A Wisconsin native, she started him early as a Green Bay Packers fan. So much for sports being passed down from father to son.

Chess was our chance. It enabled the two of us, a single father and an only child who saw each other only three days a week, to bond over a shared interest. At bedtime as a toddler, Eli would ask me to dim the overhead light in his room to the faintest glow. If he returned to his mother’s house the next morning, the light would stay on all day, unnoticeable until nightfall, when the sight of it made me ache.

Looking back, I think Eli, too, saw chess as a way for us to connect. He offered to teach me, setting up the board on our coffee table and demonstrating pins, forks and skewers – tactics he’d learned in school and mercilessly deployed against me.

Eventually, my eye got sharper, yet he was always a move or two ahead. I’d nab his bishop or knight only to expose my queen: I was walking into his traps.

I also attempted to learn on my own, watching videos of chess openings and attacks, but invariably failed to remember them beyond a few moves. I tried playing slower, hoping to make fewer blunders. Eli, impatient by nature, would have none of it. “Come on!” he’d cry.

At a school open house, I introduced myself to his chess teacher, Sari Caine. First I thanked her for turning him on to the game, then asked if she knew someone who could teach me. She smiled knowingly and suggested herself.

During our first lesson, Sari set up a board and, with a sweep of her hand, referred to it as a canvas. She insisted I know its geography: a grid of 64 alternating light and dark squares consisting of eight vertical files (a through h) and eight horizontal ranks (one through eight).

“If you’re going to play chess, you should really learn notation,” she said, moving a piece from one square to another and calling out the coordinates – “e4, e5, c6, f3”. I tried to keep up.

We moved on to openings. Since Eli, when playing white, was fond of starting with his king’s pawn, Sari taught me a counter opening for black, the Sicilian Defense. It seemed straightforward enough, but against Eli I bungled it, leaving my king open to a diagonal attack. He pounced. Checkmate.

“See the whole board,” I could hear Sari saying.

Losing over and over again stung, but seeing how animated Eli became whenever he played, taught or even talked about chess kept me going.

I bought some chess books and studied puzzles. I created an account on Lichess.org, an open-source server where at any given time upwards of 40,000 games are in play. I lost prolifically at the start but slowly started to improve. One game I won in seven moves, employing a fork trick called the Fried Liver that Eli had taught me.

From time to time, his interest in chess has waned. He’s binged on other games, like Uno or Exploding Kittens. More likely these days, screens monopolise his attention, particularly during the pandemic, since he can join friends online.

But chess keeps calling him back.

With chess, Eli finds an equilibrium that eludes him in other areas of his life. Rather than criticise or curse impulsively, he becomes absorbed in the game. Chess contains him.

Endlessly complex, and bound by a set of rules he accepts, it stimulates his analytical mind. On the chessboard, he’s quick, nimble and strong.

Over time, our games have become more competitive. I’ll push my pawns to control the crucial centre squares and sidestep some of his attacks before he can launch them. If we play three games, I might win one and, just maybe, draw a second. Needless to say, he’s noticed.

“Last year I hustled you; now, not so often,” he said the other night. “And sometimes you hustle me.”

Eli, for all his explosiveness, manages not only to block out distraction but to take losing well, extending a hand and saying “gg” (good game). Once more, I’m learning from him.

Mostly, chess has become an ongoing conversation between us. One evening when he was at his mother’s, I checked my email and found a note from him. He’d been studying the queen-vs-pawn endgame and wanted to show me how it worked. His room down the hall was dark and the apartment felt empty without him, but for a moment he was right besides me, getting the pieces ready.