Bolsonaro eyes return to Brazil as US stay pressures Biden

MIAMI (AP) – The Biden administration is under growing pressure from leftists in Latin America as well as United States (US) lawmakers to expel Jair Bolsonaro from a post-presidential retreat in Florida following his supporters’ brazen attack on Brazil’s capital over the weekend.

But the far-right ex-president may pre-empt any plans for such a stinging rebuke. Today, he told a Brazilian media outlet that he would push up his return home, originally scheduled for late January, after being hospitalised with abdominal pains stemming from a 2018 stabbing.

“I came to spend some time away with my family but these weren’t calm days,” Bolsonaro told CNN’s Portuguese-language affiliate in Brazil. “First, there was this sad episode in Brazil and then my hospitalisation.”

Bolsonaro arrived in Florida in late December, skipping the January 1 swearing-in of Luiz Inácio Lula da Silva, who became the first elected Brazilian president not to receive the presidential sash from his predecessor since democracy was restored in the 1980s.

His visit to the Sunshine state went largely unnoticed in the US until Sunday’s attack by thousands of die-hard supporters who had been camping for weeks outside a military base in Brasilia, refusing to accept Bolsonaro’s narrow defeat in an October runoff. 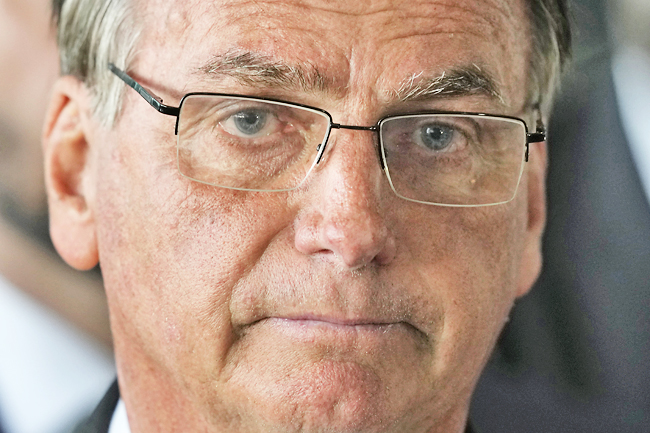