Boeing hopes for clear skies ahead after stormy years

Boeing plans to show off several planes including the MAX 10, the latest version of its flagship model in the key medium-haul segment, and hopes to announce a slew of new orders.

The MAX 10 offers Boeing the opportunity to show off the latest version of the aircraft and seek to recover from the deadly and costly crashes of an earlier model.

The crashes in October 2018 and March 2019 led to the aircraft being grounded for 20 months. Airlines cancelled hundreds of orders and demanded compensation.

“The most difficult of our crises is being managed effectively. It’s not done and that’s the MAX.

“But we’re still returning aeroplanes to service for our customers,” Boeing’s CEO Dave Calhoun said in an interview published in the Financial Times yesterday.

Since the 737 MAX was recertified and took to the skies again, Boeing has sought to make amends with United States (US) authorities, acknowledging its partial responsibility for the crashes and forking out over several billion dollars to settle probes. 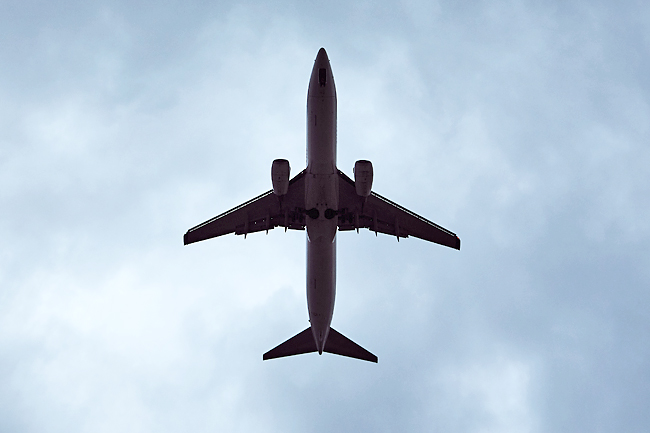 Nevertheless, Merluzeau believes “there remain quite a few questions to resolve about suppliers”.

The company, like many manufacturers, faces global supply chain difficulties linked to the pandemic and the war in Ukraine, as well as trouble hiring enough staff. These disruptions could hinder Boeing as it seeks to boost production.

“We’ll be supply chain constrained for a while,” President and Chief Executive Officer of Boeing Commercial Airplanes Stan Deal told journalists in London on Sunday.

Boeing also faces a possible problem getting the MAX 10 certified.

Calhoun warned in an interview with Aviation Week earlier this month that the company could cancel the 737 MAX 10 if regulators do not certify the jet before new crew alerting system standards take effect in December.

US regulators have been taking their time to certify the latest version in the wake of criticism that checks of the crashed model were not rigorous, which means the MAX 10 may not be approved by the time the new standards take effect.

Lawmakers would need to approve an exemption for the plane if it misses the deadline.

TROUBLED FINANCES
Boeing has also taken a huge hit from most deliveries of widebody 787 Dreamliners since the discovery of manufacturing problems in the summer of 2020.

Meanwhile, certification of the next generation of its 777 aircraft, the 777X, has been pushed back to 2025. “When you’re not producing, it’s hard to get orders,” Deal said of the 787.

All of these have weighed on the company’s finances. Boeing’s debt stood at nearly USD58 billion at the end of March.

But AIR’s Merluzeau said the company could weather its financial problems, adding “financially, it doesn’t face an existential risk”.

Boeing delivered 51 aircraft last month, including 43 MAX planes, its best month since March 2019. As airlines pay for aircraft upon delivery, this is an influx of revenue.

Merluzeau also noted that some of Boeing’s other programmes, particularly in the defence sector, were profitable in the long term.

But for its long-term rivalry with Airbus in the commercial aircraft market there remains the question about the segment between the single-aisle, medium-haul MAX and the widebody, long-haul 787 Dreamliner.

This used to be filled by Boeing’s 757, a longer single-aisle aircraft with longer range than a 737, but which is not in production any more.

Airbus has been tempting airlines with its A321, a stretched version of its A320 that can seat more passengers, and has been coming out with longer range versions.

Boeing’s Calhoun pulled the plug in 2020 on plans to develop an aircraft in this segment but many observers believe the company may have to go back on this decision to prevent Airbus from gaining too much market share.

“It will be a plane a bit bigger than the A321, around 240-270 passengers, capable of doing regional cargo,” predicted Merluzeau. He believes Boeing may make an announcement next year for an aircraft ready to enter service around 2030.Airbus has yet to introduce a cargo version of the A321.