JAKARTA, INDONESIA (AP) – A foot-and-mouth disease (FMD) outbreak has disrupted ritual slaughter of animals to mark Aidiladha as millions of Muslims across Indonesia were celebrating one of the biggest holidays in the Islamic calendar yesterday.

Aidiladha, known as the ‘Feast of Sacrifice’, is a revered observance that coincides with the final rites of the annual Haj in Saudi Arabia. It’s a joyous occasion for which food is a hallmark where devout Muslims buy and slaughter animals and share two-thirds of the meat with the poor.

Much of Asia, including Indonesia, India and Pakistan, observed Aidiladha yesterday, while Muslims in other parts of the globe, including in countries like Afghanistan, Libya, Egypt, Kenya and Yemen celebrated the holiday on Saturday.

But this year, an outbreak of FMD – an acute, highly contagious viral disease of cloven-footed animals that is sometimes transmitted to humans – has significantly dampened the typically booming holiday trade in goats, cows and sheep in Indonesia, the world’s largest populous Muslim country.

FMD is again spreading rapidly across Indonesia, which had been outbreak-free for 32 years.

The government, struggling to cope with the ever-rising numbers, is setting up a task force and ordering the culling of nearly 3,000 infected livestock.

As of yesterday, over 336,000 animals have been infected in 21 provinces, largely on the most populated islands of Java and Sumatra. At least 2,000 animals died from the disease, according to official data from the National FMD Task Force. 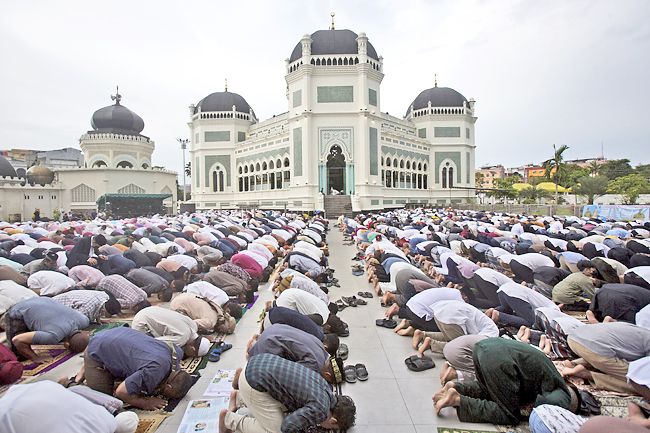 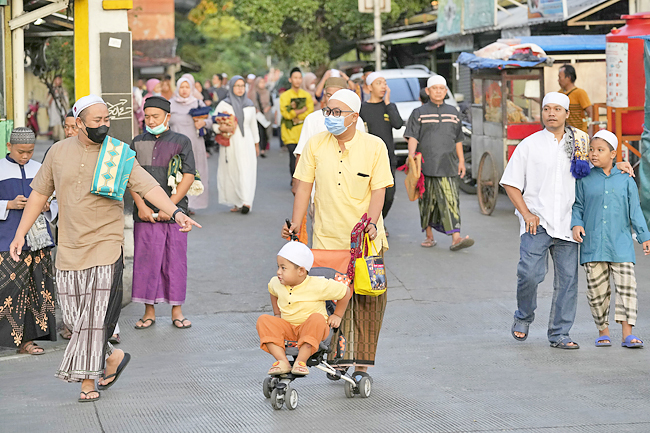 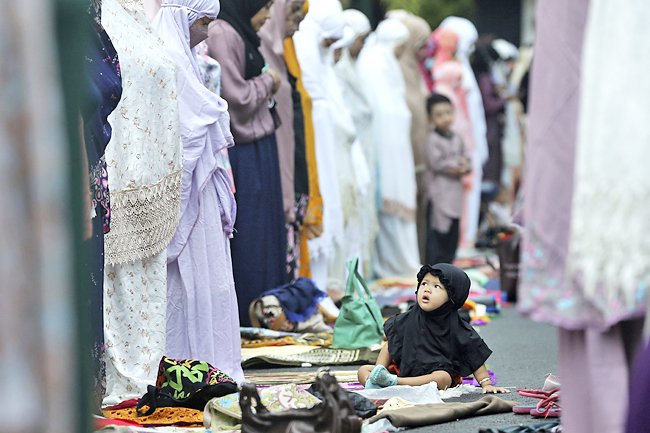 Although FMD is not generally considered a threat to human health, it can be lethal for animals and the outbreak has diminished people’s enthusiasm for sacrifice. The country’s Religious Affairs Ministry has told Muslims they should not force themselves to sacrifice cattle during the outbreak.

“I’ve cancelled plans to buy a goat for the Day of Sacrifice, because I’m afraid of the impacts of the FMD to us as humans,” said Jakarta resident Tatu Allya. She said before the outbreak reemerged, her family buys either a goat or cow every Aidiladha.

The government has warned cattle breeders and traders to ensure that the cattle they sell are free from the disease, ordering slaughterhouses to kill and bury animals showing FMD symptoms and roll out vaccination of susceptible animals.

Coordinating Minister for Economic Affairs Airlangga Hartarto said the government had prepared around three million doses of FMD vaccines, mostly from France. Over 400,000 animals have been vaccinated as of yesterday and the agriculture ministry said they have distributed medicines, antibiotics, vitamins, immune boosters and disinfecting agents to farmers and breeders.

A seller whose animals have been vaccinated Syauki Maulana said his business has suffered this year as he lost many customers. Before the FMD outbreak, he could sell over 60 goats, sheep and cows two weeks ahead of Aidiladha, even during the coronavirus pandemic.

But on the eve of Aidiladha, only 28 of his animals were sold despite a big banner advertising that his animals are FMD-free at his makeshift stall housing cows, sheep and goats in Tangerang, on the outskirts of Jakarta.

“I’ve made every effort to keep my cattle healthy, but buyers are still fearing about infections and rising prices,” Maulana said, adding that animal feed, vitamins and transportation are getting more expensive.

Indonesia, like the rest of the world, is struggling to come out of the economic recession of the pandemic. The Ukraine war and soaring energy and food prices are creating complications in this recovery.

The government has relaxed restrictions and the return of the Eid tradition of homecoming has caused great excitement for people in Indonesia, a vast archipelago nation that’s home to over 270 million people, as family gatherings and meet-ups with friends were now on people’s lists.

Worshippers, many still wearing masks, joined communal prayers shoulder-to-shoulder without physical distancing in the streets of Jakarta and in mosques across the city.