THE WASHINGTON POST – Tanuj Deora works in the energy industry – specifically to decarbonise energy systems. That’s the technical term for efforts to reduce the reliance on fossil fuels. It’s a vast and complex problem, but Deora and his family try to do their part.

At their home in Northwest Washington, they have solar panels, LED lightbulbs and a hybrid minivan. In the kitchen, though, the issue of fossil fuel usage was more personal. Their natural gas cooktop was making Deora sick.

“I would get a headache whenever the gas was running,” he said, so he started looking into replacing their gas stove.

But first, he had to sell his wife, Amy, on the idea. The two of them love to cook and make meals from scratch most nights. Amy believed that gas cooking was superior in performance. When they remodelled their kitchen in 2021, though, she agreed to try an induction stove. Five months later, they have no regrets. “This cooktop isn’t just adequate for cooking – it’s better than the gas stove was,” Deora said.

Gas cooktops do have some advantages. With gas, you can control the flame, and it’s easy to get the temperature you need, which has made it a preferred choice for those who consider themselves to be serious cooks. An estimated 90 per cent of professional chefs still use gas.

Is it really that much better, though? The fossil fuel industry wants you to think so. Since the 1930s, it has targetted consumers with well-placed ads. It embraced the term “natural gas” to increase consumer confidence in indoor combustion. 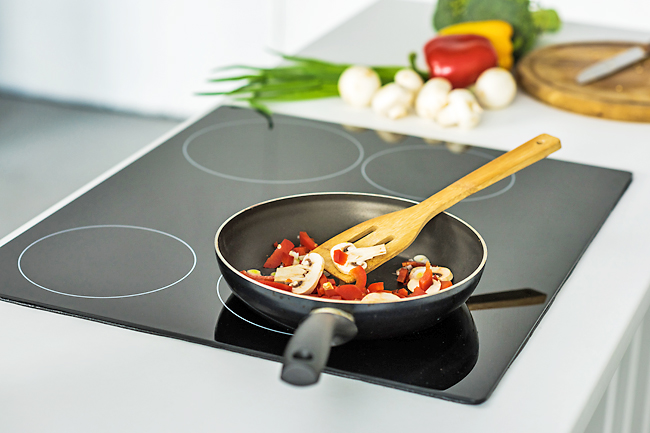 It even created a catchy rap in the 1980s, all in an effort to increase gas usage. The industry also flooded the market with images of massive gas ranges as the keystone of aspirational kitchens.

But as new data emerges about health concerns, and as more Americans rethink their use of fossil fuels, the mighty gas stove might be facing dethronement.

A recent Stanford University study found that gas stoves emit more methane, and could contribute more to climate change, than previously thought. They are also a significant source of the pollutant nitrogen dioxide. In the short term, headaches like those Deora experienced are common. Over time, that indoor air quality can have negative effects on health, exacerbating cardiovascular illness in certain populations and worsening asthma symptoms.

Given these concerns, as well as stricter environmental standards, several locations, including New York City, have banned gas appliances in new construction.

About two-thirds of Americans already cook with electric stoves. Any type of electric stove has the same air-quality and environmental benefits, but each cooks a bit differently.

Traditional electric resistance coil stoves, the most affordable option, have separate burners that plug in to recesses in the surface.

Many families cook proficiently on this basic stovetop, though this option is prone to uneven heating, and it’s difficult to quickly reduce its heat.

Ceramic-glass cooktops use the same coil technology. Induction stovetops are also made of ceramic glass, but they use magnetic fields to create heat.

This means they only heat up when a magnetic pan – think cast iron or magnetic stainless steel – is touching the surface, and they cool to the touch when the pan is removed. They also offer the temperature control that makes gas so popular: When a cook turns the heat down, the temperature drops quickly.

Even some chefs are consciously choosing to cut ties with gas. Co-owner Evan Hennessey of Stages in Dover, designed his restaurant around the versatility and health benefits of induction cooking.

He challenges any professional chef who thinks induction is inferior. “You can do so much more on induction than gas. The precision cooking allows us to do way more, without compromising the air quality in the kitchen for our guests or our staff.”

Glass-ceramic electric cooktops, whether induction or resistance coil, are also attractive to kitchen designers, particularly for those interested in a clean, minimalist aesthetic.

At Bonnie Wu Design, founder Leslie Murchie Cascino has put electric cooktops into high-end luxury remodels. To her, the choice makes sense from visual, health and safety, and environmental standpoints.

She is in the middle of a expensive kitchen renovation, and the homeowners requested a Wolf transitional induction cooktop, despite never having cooked on induction before. The design benefits are clear to Cascino, who loves clean lines. “From a functional standpoint, there are a lot of positives: the smooth and easy-to-clean surface, its minimal profile, and the feature that the surface doesn’t heat up or remain hot after cooking.”

Homeowners particularly love the safety features for their young children; because the stovetop only heats the pan and cools to the touch once it’s removed, there’s little chance for children to get burned.

And the surface won’t heat without a pan present, so a child cannot turn on the stovetop and ignite a towel or other object left on top. Products such as Invisacook even allow for cooking through a porcelain or granite countertop, making your cooktop invisible.

That’s a huge draw for designers and homeowners who prefer an uncluttered look.

Cascino said the design world is ready for this shift, just as many home cooks and some professional chefs are.

But manufacturers would need to make induction accessible at all price points; at the moment, it’s mostly a luxury choice, with prices starting at more than USD1,000. Even the cheapest induction cooktops are more than twice the price of the least-expensive gas models in the current market.