Berrettini out of Wimbledon with COVID

LONDON (AFP) – Italy’s Matteo Berrettini, the 2021 Wimbledon runner-up and a title favourite this year, pulled out of the tournament yesterday after testing positive for COVID.

“I am heartbroken to announce that I need to withdraw from Wimbledon due to a positive COVID-19 test result,” the 26-year-old Italian wrote on Instagram. Berrettini was widely regarded as one of the biggest threats to Novak Djokovic at the All England Club, having captured back-to-back grass-court titles in Stuttgart and Queen’s.

He is the second man to withdraw from Wimbledon with COVID in two days after 2017 runner-up Marin Cilic of Croatia also tested positive. “I have had flu symptoms and been isolating the last few days,” Berrettini said in his statement. “Despite symptoms not being severe, I decided it was important to take another test this morning to protect the health and safety of competitors and everyone involved in the tournament.” 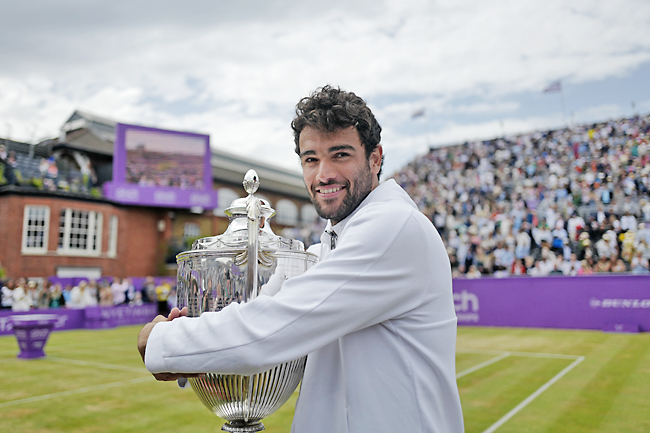