Berlusconi’s Monza aiming high ahead of debut Serie A campaign

MILAN (AFP) – Serie A new boys Monza might be about to embark on their first ever season in Italy’s top flight but Silvio Berlusconi’s club do not seem overawed at the task awaiting them come the visit of Torino today.

Monza were still in Serie C when former Italian prime minister Berlusconi bought them in 2018 for a reported EUR3 million (USD3.4 million) in 2018.

And last season his team, based just north of Milan, won a thrilling play-off final against Pisa to ensure top flight football for the first time in their history.

Serie A had been the goal set by the 85-year-old since he bought the club a year after selling AC Milan, which he made a giant of European football during his three decades of ownership.

And now the media magnate is gunning for a little bit more than just survival.

“Do you want to know? We want to win the league and go to the Champions League!” he joked after his team secured promotion. 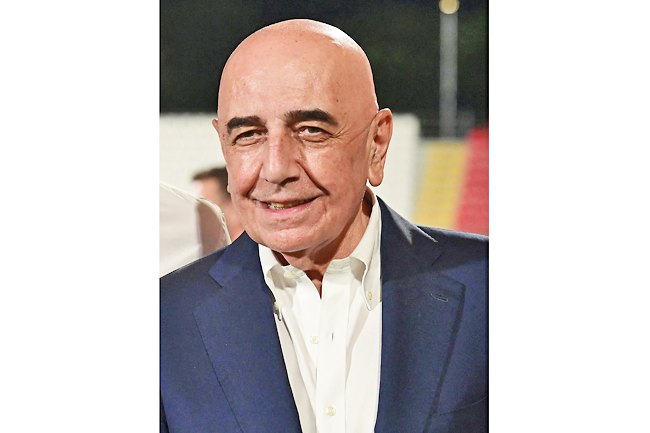 Quite how much hands-on time Berlusconi will have for the club remains to be seen. He said on Wednesday that he hoped to return to Italy’s parliament in September elections, almost a decade after being forced out over a conviction for tax fraud.

And he remains on trial for allegedly paying guests to lie about his notorious bunga-bunga parties while prime minister.

Alongside Berlusconi, however, is his long-time right-hand man Adriano Galliani, who has masterminded an ambitious summer of transfer activity, bringing in the likes of Italy international Matteo Pessina, who will captain his home-town club after arriving on loan from Atalanta.

In total Monza have signed 11 players including several with serious top flight experience, among them Gianluca Caprari who starred for last season’s surprise package Verona and Alessio Cragno, a goalkeeper known for his spectacular shot-stopping abilities.

They have also brought in former Inter Milan players Stefano Sensi and Andrea Ranocchia while the list of targets range from the unlikely, notably Inter striker Andrea Pinamonti, to the almost bizarre – Mauro Icardi.

They will need all the help they can get in a baptism of fire which has them facing Napoli, Roma, Atalanta and Juventus in their first seven matches.

“Serie C is one sport, Serie B is another sport and Serie A is another game completely,” said Galliani in an interview with daily Tuttosport published on Tuesday.

“We bought a club that was until June 2017 an amateur team, it was obvious that the players there wouldn’t win Serie C so with all the best will in the world we had to change them.