Belarus offers to help US with baby formula

MOSCOW (AFP) – Belarus’ authoritarian leader Alexander Lukashenko yesterday offered to share baby formula with the United States (US), highlighting shortages in a country that has put him under sanctions.

A product recall and shutdown of a major plant in February triggered a dramatic and ongoing reduction in availability of formula for parents across the US.

“We are ready to help the Americans with supplies of baby formula, as early as tomorrow,” state news agency Belta quoted Lukashenko as saying.

Lukashenko is a close ally of President Vladimir Putin and has sided with Moscow after Russian troops were sent into Ukraine.

Both have been known to try to counter criticism of their rule by pointing to problems in Western countries.

The 67-year-old Lukashenko, who has ruled his country with iron fist since 1994, has accused the West of being “at war” with Russia in Ukraine.

Both Russia and Belarus have been hit with sanctions since the start of the conflict.

Lukashenko and his allies were already under numerous Western sanctions – including from the US – over the regime’s crackdown on opposition protests in 2020.

Several people died and thousands were detained during a violent repression of protesters demonstrating against Lukashenko’s re-election for a sixth term. 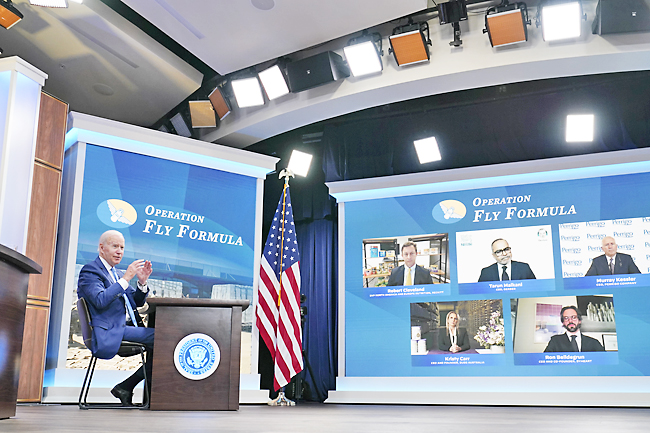