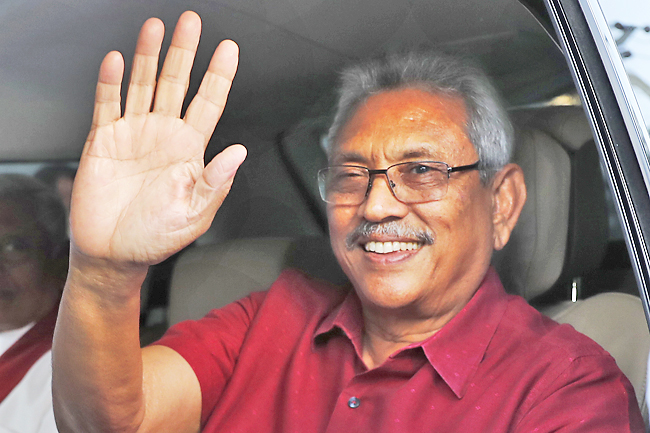 The 73-year-old fled the island under military escort in July after crowds stormed his official residence, following months of angry demonstrations blaming him for the nation’s economic crisis.