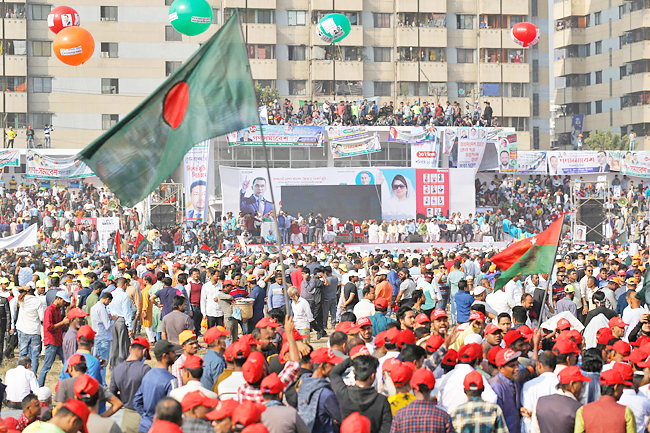 Dhaka (AFP) – Tens of thousands of supporters of Bangladesh’s main opposition party descended on Dhaka on Saturday to protest against the government of Prime Minister Sheikh Hasina and demand new elections.

“Sheikh Hasina is a vote thief,” they chanted at the Golapbagh sports ground where the rally was being held, as the crowd spilled over into the surrounding streets. Tension was high in the capital after security forces stormed the headquarters of the opposition Bangladesh Nationalist Party (BNP) on Tuesday, leaving at least one person dead and scores injured.