CNA – A few months ago, when India restricted wheat exports following a heatwave, rumbles ran through the world’s food markets.

Still, while India is a giant consumer of wheat, it’s not as big an exporter. The real fear was that New Delhi might cut off rice shipments as well: India is the world’s largest exporter by far.

Fortunately, rice prices in India hit a five-year low around then, depressed by ample global supply and a weak rupee. Things are very different today. First, Indian rice crops have been struck by a mystery “stunting” disease caused by a virus first observed in China in 2001.

Even worse, rainfall in three major rice-producing states in the country’s north and east has been low or erratic.

There’s talk that Indian officials – worried about shrinking supplies and domestic inflation – are now considering restricting rice exports, too. A wholesale ban of the sort that New Delhi usually imposes would be a dire mistake – for the world and for Indian farmers. 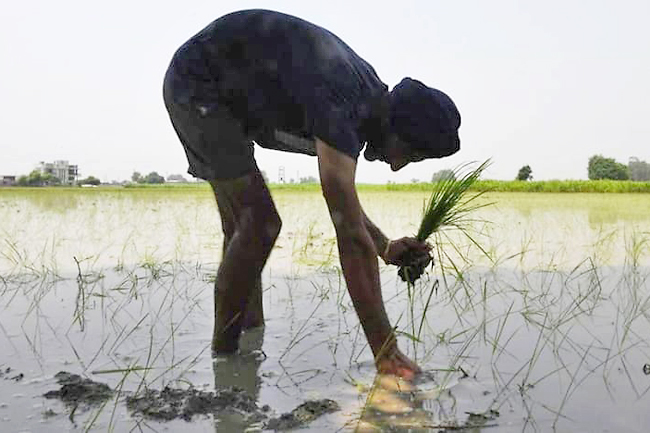 The last time India blocked grain exports, in 2007 and 2008, the decision precipitated a years-long food-security crisis. Repeating that ban would be both irresponsible and unproductive.

Irresponsible, because higher rice prices globally would hit developing nations – already struggling as the Ukraine war has driven up costs for food, fuel and fertiliser – when they can least afford it. An India that aspires to lead the developing world cannot deliberately harm those for whom it claims to speak.

Nor would an export ban lower inflation at home or meaningfully improve India’s food security. In August, the government had 28 million tonnes of rice in its warehouses (well above its mandated buffer stock of 11 tonnes), so we’re not running out any time soon.

Meanwhile, the agricultural economists Ashok Gulati and Ritika Juneja have pointed out that inflation in India is mainly being driven by the prices of fuel and vegetables; rice prices accounted for than two per cent of the rise in the consumer price index last month.

Moreover, export bans are not just bad for other poor countries; they’re bad for India’s own farmers, who are missing out on high prices overseas. While officials from New Delhi have often torpedoed consensus at global summits in the name of defending India’s millions of marginal farmers, their actions when it comes to agricultural trade policy show that they’re more concerned about urban food prices, not farm profits.