SYDNEY (XINHUA) – As the global aviation industry pledges to meet 2030 and 2050 emissions targets, Australia is preparing to seize on what will be a growing global demand for sustainable aviation fuel (SAF), a biofuel alternative to traditional jet fuel.

Last week, a major investment into SAF from Australia’s national airline Qantas is the latest step of the company to tap into the growing market.

“The use of SAF is increasing globally as governments and industry work together to find ways to decarbonise the aviation sector. Without swift action, Australia is at risk of being left behind,” said Qantas CEO Alan Joyce alongside the announcement.

During the International Air Transport Association (IATA) 77th General meeting in 2021, the body and its airline members committed to achieving net-zero carbon emissions from their operations by 2050.

According to the pledge, reaching net zero emissions by 2050 would require 65 per cent of all jet fuel to come from SAFs, about 449 billion litres. In 2021 there was only an estimated 100 million litres of SAFs produced globally – just 0.02 per cent of the 2050 target.

Both to reach these targets and to capitalise on what would be a massive global surge in demand for SAFs, companies and governments are also joining the push. 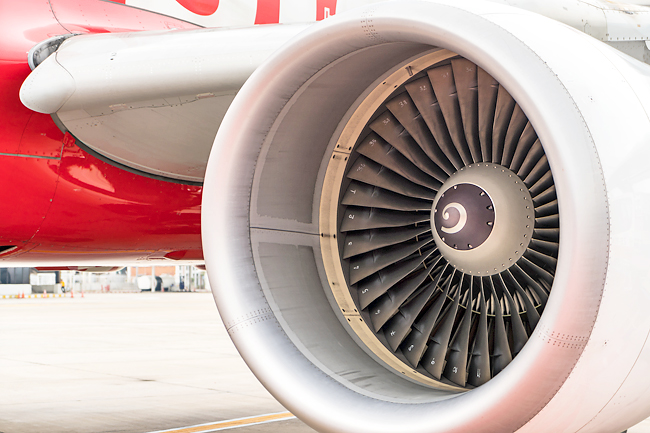 In May, oil and gas producer BP Australia announced the multi-billion-dollar conversion of one of its oil refinery sites in Western Australia to what could be Australia’s first commercial scale production of SAFs.

Similarly in April, the government of the state of Queensland joined the SAF race after pledging AUD500 million (about USD345 million) to open a plant in the state, which as early as next year could produce over 350 million litres of SAF.

Logistics and transport expert from the University of Sydney Professor Rico Merkert told Xinhua Australia’s move to SAFs over the last several years was a clear sign that governments and airlines are realising that “the status quo is not going to be sufficient to get them to net zero”.

“To combat global warming something needs to happen soon and in my view 10 per cent SAF in 2030 is likely not going to be enough. That said, it is a starting point.”

Biofuel researcher and lecturer in the University of Queensland’s School of Earth and Environmental Sciences Dr Anthony Halog told Xinhua, Australia’s newly elected Labor government’s stronger stance on environmental issues was likely a contributing factor to Australia’s increasing investment in SAFs and other biofuels. “It looks like this government we have right now is more interested to advance the climate policy agenda of Australia, and I think Australia is really behind on this, it has to catch up,” said Halog, noting that Australia was already about five years behind in the development of biofuel production compared to other major players such as Britain and the United States.

“If SAFs can be developed inland with a circular economy or a ‘circular bio economy’, I think that would be good for Australia.”

Halog added that Australia’s biofuel potential was heightened by the fact that it had ample land to farm materials, such as canola oil and other biomass feedstock, and establish renewable energy sources to power the biofuel plants.

Nonetheless, analysts stressed that SAF cannot solve the environmental problems of the aviation industry once and for all.

Merkert said in addition to the ramping up of SAF use, which is purported to reduce carbon emissions by up to 80 per cent, airlines would need to invest in technologies such as electric aircraft for shorter flights and more efficient aircraft for long-haul flights.

He added that while biofuels did greatly reduce carbon emissions, they also released other harmful particulates including nitrogen oxides and sulfate aerosols.

Halog also called for a holistic approach to biofuel and SAF production, noting that the large-scale production of biofuels would have broader implications for the environment.