While the week has been broadly positive for equities following softer-than-expected United States (US) consumer and wholesale price figures, a strong reading on retail sales and jobless claims showed plenty of resilience to higher interest rates.

With that in mind, St Louis Fed President James Bullard warned more hikes were needed to bring inflation down from four-decade highs, adding that they might need to go as high as seven per cent.

That was followed by Minneapolis Fed boss Neel Kaskari saying he had not witnessed much evidence that underlying demand was cooling and did not want to forecast when the tightening would end.

The comments came after a similar message from other policymakers, who have sought to calm markets, which soared in the wake of last Thursday’s consumer prices reading. 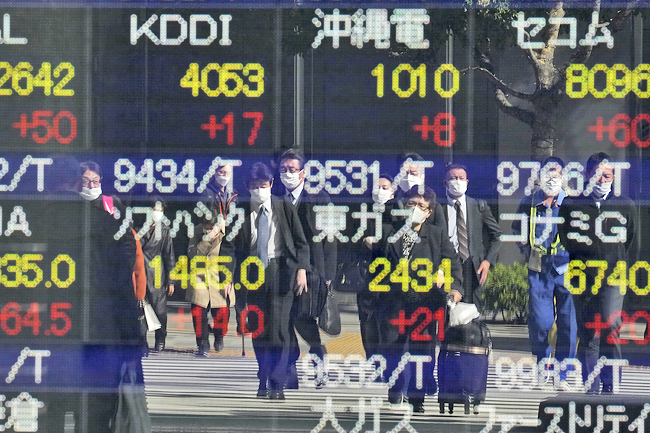 They also fuelled fears among traders that the sharp tightening campaign – including four straight bumper 0.75-point increases in a row – would tip the world’s top economy into recession.

On Wednesday, Kansas city Fed chief Esther George said it was unclear how the bank can douse inflation “without having some real slowing” or even a contraction.

“Bullard’s comments are all the more surprising given that there is clear evidence that inflationary pressure is starting to slow more than expected,” said CMC Markets analyst Michael Hewson.

“Consequently, Bullard’’s views may well be a minority view at this point, but it still shows how sensitive markets can be when it comes to the eventual destination of the terminal rate.”

Wall Street’s three main indexes ended in the red, and Asia struggled to hold on to the morning’s momentum.

Hong Kong turned negative after a strong start, even as tech firms rallied and after China indicated it would ease back on some of its strict Covid restrictions and help its troubled property sector.