Law enforcement agencies in the ASEAN member states were involved in a sting operation that busted a Nigerian scam operation, Interpol said on Tuesday.

Interpol said the Economic and Financial Crimes Commission in Nigeria made arrests in the Lagos suburb of Ajequnle and in Benin City. The arrests came as part of a global operation codenamed ‘Killer Bee’, involving Interpol’s General Secretariat headquarters, the National Central Bureaus and law enforcement agencies from ASEAN and Nigeria.

The arrests followed the publication of an INTERPOL Cyber Report linking a suspected syndicate of Nigerian fraudsters operating from the West Coast of Africa to the use of a malicious Remote Access Trojan (RAT) known as Agent Tesla.

The suspects are thought to have used the RAT to reroute financial transactions, stealing confidential online connection details from corporate organisations, including oil and gas companies in Southeast Asia, the Middle East and North Africa.

One of the scammers, Hendrix Omorume, has been charged and convicted of three counts of serious financial fraud and now faces a 12-month prison sentence. The two other men are still on trial.

“Through its global police network and constant monitoring of cyberspace, Interpol had the globally sourced intelligence needed to alert Nigeria to a serious security threat where millions could have been lost without swift police action,” said Interpol’s Director of Cybercrime, Craig Jones.

“Further arrests and prosecutions are foreseen across the world as intelligence continues to come in,” added Jones. 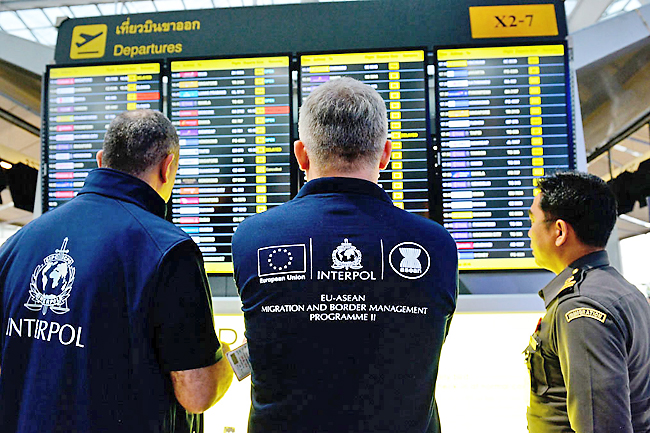