As war appears likely, a teen realises he has to reconsider where his loyalties lie

THE WASHINGTON POST – The American Revolution and the lead-up to it might seem like a simple story – the British were unfair to the American colonists, taxing them without giving them a voice in Parliament and getting too involved in local government.

The liberty-seeking patriots were the heroes. But for Noah Cope, a 13-year-old main character in Avi’s novel Loyalty, the situation was a lot more complicated.

In 1774, Noah’s family lives in Tullbury, Massachusetts, where his father is a pastor of a parish connected to the Church of England.

Noah and his two sisters were born in America, but the Copes consider themselves British.

As the story begins, Noah’s father is overheard praying for King George III. He’s pulled from their home by local rebels and ordered to denounce the king.

When he refuses, he’s stripped of clothing, and covered in hot tar and feathers. Mr Cope dies of his injuries a few days later, and Noah is beaten for not providing names of other townspeople loyal to the king.

The teen vows to avenge his father’s killing by joining the Royal Navy and helping defeat the rebels. 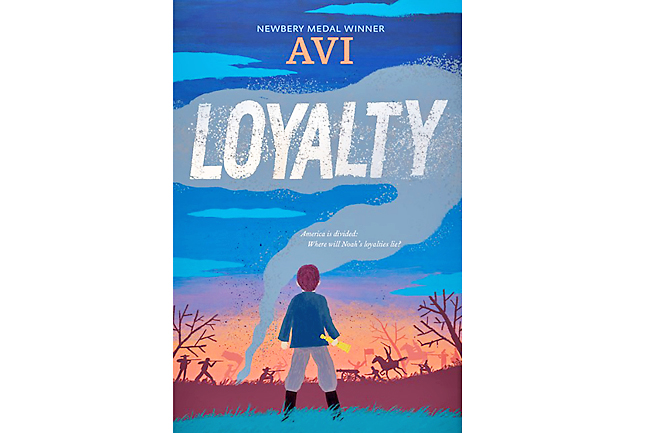 After the family heads to nearby Boston for protection, Noah finds he’s far too young and too short to join the military. But he’s offered a job as a spy.

Noah eagerly accepts the assignment, which mostly involves eavesdropping on Paul Revere, Samuel Adams and others at a pub and sharing what he learns with the British. At first, Noah thinks his mission is heroic, protecting colonists from a small, violent group of rebels. But he starts to hear and see things that don’t fit with that perspective.

Jolla, a Black teenager freed from enslavement who works at the pub, is suspicious of both sides and their promises.

He encourages Noah to think critically. Noah doesn’t want to reject his father’s beliefs, but it becomes clear that the rebels have a lot of support.

As war appears likely, the teen realises he has to reconsider where his loyalties lie.