All about aortic aneurysm

CNA/NEW YORK TIMES – Football journalist Grant Wahl collapsed and died suddenly while covering the World Cup in Qatar. He was just 49 years old and was reportedly in good health.

His family announced on December 14 that Wahl had a burst blood vessel leading from his heart, and that his death resulted from an aneurysm that ruptured.

Aortic aneurysms are rare, doctors said, but more common than people may think. Between one per cent to two per cent of the US population is prone to developing them, said cardiovascular surgeon Dr Eric Roselli at the Cleveland Clinic. “A lot of people don’t know anything about it,” Dr Roselli added. “The aorta has been underappreciated.”

Here’s what to know about the condition, the risk factors and the treatment options.

WHAT IS AN AORTIC ANEURYSM?

Aneurysms, which are enlarged, weakened areas in blood vessels, can occur in any part of the body. An aortic aneurysm is a bulge in the aorta, the main blood vessel that ferries blood from the heart throughout the chest and the rest of the body. 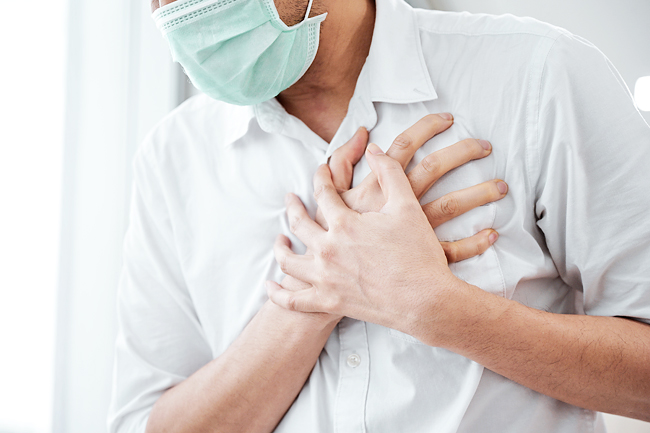 WHAT HAPPENS AFTER AN AORTIC ANEURYSM FORMS?

Two main issues can arise from an aortic aneurysm: A hole can form in the dilated aorta, letting blood burst into the body, or the blood that is pumping vigorously through the artery can tear the inner layers of the aorta.

The tear in the layers of the aorta is known as a dissection and, when blood builds up and continues to tear the artery wall, it can lead to death.

Aortic aneurysms are a major cause of unexpected death in otherwise healthy people, said assistant professor of medicine and a cardiovascular researcher Dr James Pirruccello at the University of California, San Francisco.

Many people with an enlarged aorta will not experience these complications, said Dr Pirruccello. The risk of a dissection or a rupture increases as the aorta enlarges, he added.

In some cases, depending on the size of the aneurysm, even patients without symptoms can have surgery to replace the segment of the aorta that is too large.

WHO IS AT RISK FOR AN AORTIC ANEURYSM?

People with high blood pressure or high cholesterol, both of which are typically tested for at regular physicals, are more likely to develop the condition, according to the Centers for Disease Control and Prevention (CDC). Hardened arteries are also a risk factor.

Men can also be at higher risk for abdominal aortic aneurysms, said associate professor of medicine Dr Eric Isselbacher at Harvard Medical School. The US Preventive Services Task Force has recommended that men between the ages of 65 and 75 who have ever smoked undergo an ultrasound screening.

Genetics also play a role and this makes it critical to know your family health history. If you have a direct family member (a sibling or a parent) who has or had an enlarged aorta, you should talk to your primary care doctor about getting screened as the condition can run in families.

Some inherited disorders, including Marfan syndrome and Ehlers-Danlos syndrome, may increase a person’s chances of developing an aortic aneurysm. It’s crucial to know if a family member died suddenly and unexpectedly as an aortic aneurysm could be a potential cause.

WHAT ARE THE SYMPTOMS AND HOW CAN YOU DETECT AORTIC ANEURYSMS?

Abdominal aortic aneurysms can be detected in a physical exam, said Dr Isselbacher – physicians can feel enlarged aortas by pushing on the abdomen. But the average patient walking around with an aortic aneurysm in the chest will not have any symptoms. Dr Johnston noted that some people may feel chest tightness or have a cough. Others may have a slight heart murmur, he added.

CT scans and MRIs can detect thoracic aortic aneurysms, but doctors generally do not recommend them unless you have a family history or other genetic risk for an enlarged aorta. An echocardiogram, or ultrasound of the heart, can also help detect aortic aneurysms.

People with aortic ruptures or dissections may struggle to breathe or swallow and may feel severe chest pain radiating to the back, said director of the Johns Hopkins Center for Vascular Medicine Dr Elizabeth Ratchford.

“Anyone who develops sudden chest pain should be in the hospital as soon as possible,” Dr Johnston said.

If a patient has access to emergency care and is properly diagnosed, there is a high chance of survival. Doctors can perform surgery to remove the enlarged part of the aorta and help the patient recover.

HOW CAN YOU REDUCE THE RISK OF COMPLICATIONS FROM AN AORTIC ANEURYSM?

“It’s not like we find it once and hope it doesn’t grow,” he said. “We’re aggressive about following it,” he added. “If the aneurysm reaches a critical size, a doctor may perform a surgery to replace the segment of the aorta that is too large.”

But for some patients, it doesn’t get to that point. “Many people just get monitored and never have to have anything done about it,” Dr Ratchford said.

To help prevent developing an aortic aneurysm, people should be mindful of managing their blood pressure. The basic building blocks of cardiovascular health – diet, exercise, sleep – are critical tools to reduce the risk of developing, or dying from, an aortic aneurysm.

“An aneurysm is not a death sentence,” Dr Johnston said. If it is properly managed, “people have a normal lifestyle and a normal life expectancy”, he explained.