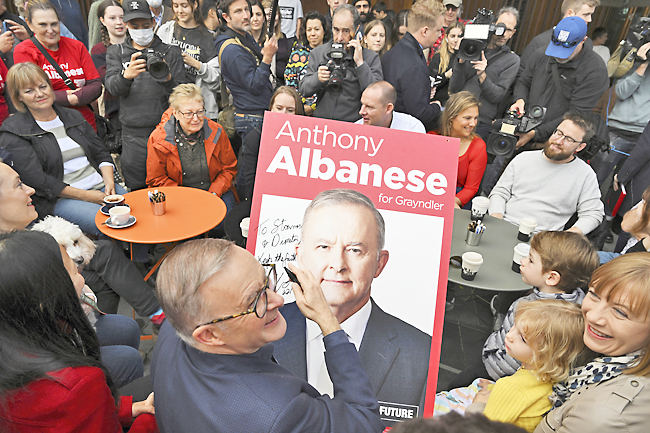 SYDNEY (AP) – Australians awoke yesterday to a new prime minister in Anthony Albanese, the centre-left Labor Party leader whose ascension to the nation’s top job from being raised in social housing by a single mother on a disability pension was said to reflect the country’s changed fabric.

The 59-year-old career politician, who has described himself as the only candidate with a “non-Anglo Celtic name” to run for prime minister in the 121 years the office has existed, referred to his humble upbringing in the inner-Sydney suburb of Camperdown while thanking electors for making him the country’s 31st leader.