Present as the guest of honour was PDI Director Haji Abdul Rajid bin Haji Mohd Salleh, who presented prizes to the winners.

Haji Abdul Rashid noted in his speech that the competition provides a platform to appreciate the lessons of Al-Quran.

“The competition also helps develop Al-Quran learning in the country and helps converts grow closer to Al-Quran and be able to live their lives guided by Al-Quran,” he added. 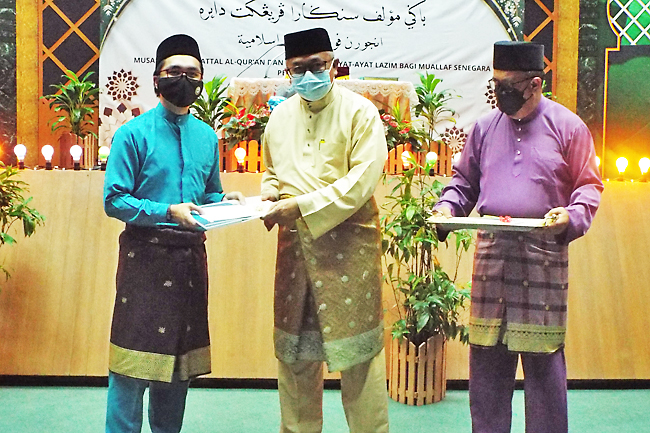 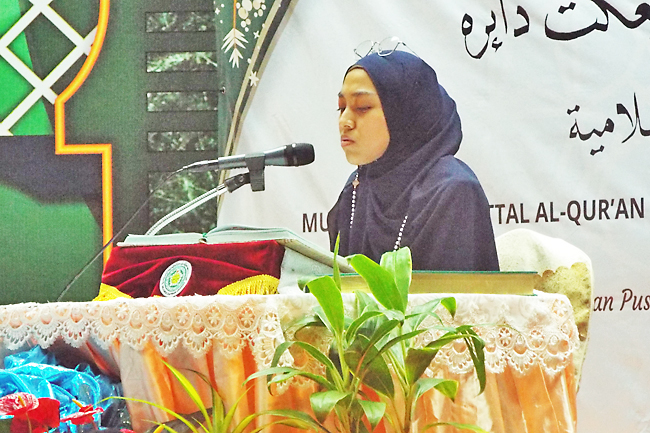 “The efforts reflect the centre’s concern for converts to provide Al-Quran lessons to guide them in their life-long journey particularly in understanding Al-Quran and Fardhu ‘Ain,” he said.

He also extended appreciation to the 28 teachers appointed to guide the converts.

The female participants did the same for Surah Al-Ma’un, Surah At-Takathur, Surah Az-Zalzalah and Surah Al-Humazah.

The champions will represent the Brunei-Muara District at the national level competition. The competition aims to encourage converts to read Al-Quran regularly and gain deeper understanding of the recitation as well as showcas the effectiveness of the guidance programme for converts.

Twenty-seven converts from Brunei-Muara District auditioned for the competition at the centre’s multipurpose Hall on April 16.